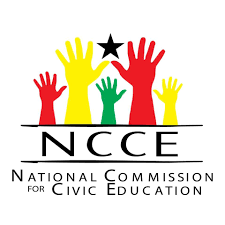 Government has been asked to take quick steps towards addressing the incidence of teenage pregnancy in the country. Madam Josephine Nkrumah, the Chairperson of the National Commission on Civic Education (NCCE) made this call to government.

She said this was important because the practice was not only causing physical damage to adolescent girls but also killing their potentials of becoming responsible citizens.

Madam Nkrumah said this at a day’s forum organised by the Commission with support from the Ghana Health Service on teenage pregnancy for students in the Keta Municipality of the Volta Region.

It was on the theme, “Teenage pregnancy or academic certificate “with the students taken through dangers associated with teenage pregnancy and its general impacts on society.

Madam Nkrumah noted that punishments meted out to people who impregnated girls were not punitive enough and called for innovative measures to protect girls and help them to develop their potentials to become responsible adults.

She advised the students to abstain from sex and report people pestering them for it.

Mr. Kenneth Kponor, Volta Regional NCCE Director, cautioned the youth against the use of tramadol, saying, it could destroy their future.

Madam Perfect Titiati, Keta Municipal Director of Health Services, said the increasing rate of teenage pregnancy exposed the weak systems of society and the country in dealing with the canker.

“High adolescent pregnancies are a reflection of a failed social and health systems, a failed community, a failed educational and religious systems we have,”  she said.

She said teenage pregnancy in the Keta Municipality between 2010 and 2017 was between 12 to14 per cent.

Madam Titiati described the situation as alarming and called for a collective approach to deal with the problem.

“All hands must be on deck, homes, communities, Ghana Education Service, Ghana Health Service, Municipal Assemblies, chiefs and queens, let’s pool our efforts to achieve a reduction in teenage pregnancy in the Municipality and the Region as a whole” she stated.