Government Urged to Prepare for Graduates of Free SHS 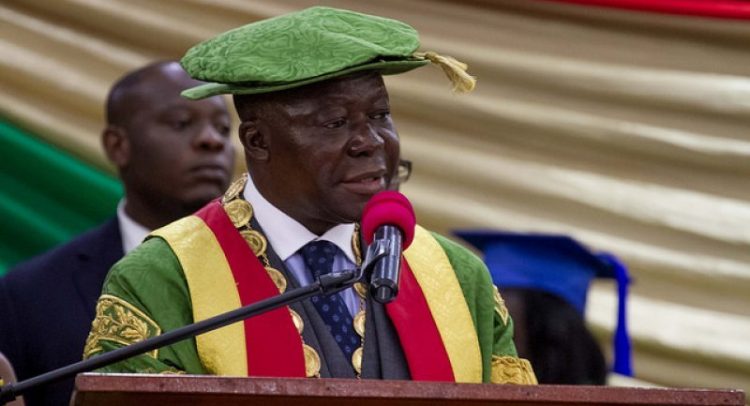 The government has been urged to put in measures to absorb the first batch of graduates under the free senior high school (SHS) policy into tertiary institutions to avoid a national crisis. This was said by the Asantehene, Otumfuo Osei Tutu II.

The Asantehene said this at the 52nd Congregation of the Kwame Nkrumah University of Science and Technology (KNUST) in Kumasi last Saturday, July 14, 2018.

“This is a reality we cannot pretend to be unaware of. The potential increase in enrolment at the tertiary level will require a correspondent increase in resources, both financial and human, to be able to cope with the student numbers,” he said.

“The time to act is now,” the Asantehene stated, and called on the Ministry of Education, the National Council for Tertiary Education and the Vice-Chancellors, Ghana to get to the drawing board and start planning on how to effectively handle the imminent increase in the demand for university education in the country in the next two years.

“In all respects, the free SHS is a laudable policy and when properly executed, we as a nation will applaud it,” he said.

More than 6,528 students graduated in a five-day ceremony which was climaxed on Saturday.

The graduation was segmented, with each of the seven colleges of the university taking its turn to hold its graduation ceremony separately.

Saturday’s ceremony was mainly reserved for those who graduated with various master’s degrees and PhDs.

The Asantehene, who is also the Chancellor of the university, said the issue called for the funding of infrastructural works in the universities.

He noted that since the completion of the Unity Hall of KNUST in 1961, there had not been any serious and visible attempt by any government to provide additional halls of residence, saying: “Any additional residential space you see on campus has come through private funding.”

Otumfuo Osei Tutu said about 70 per cent of students of the university resided outside the campus, posing both security and mobility challenges.

He said that called for the provision of additional traditional halls of residence.

The Minister of Education, Dr Mathew Opoku-Prempeh, said the imminent challenge of the increase in enrolment called for all to “think outside the box” for solutions but insisted that no qualified Ghanaian child would be excluded from accessing free SHS.

He hinted that the enrolment level was to be increased from the 90,000 additional students who gained admission last year to about 181,000 next academic year.

He urged public universities to consider enrolling more students from poor backgrounds, in line with the government’s policy of reserving 30 per cent of places in the “leading SHSs” in the country to qualified students from public basic schools.

The minister said education was the main catalyst in the process of eradicating poverty and promoting prosperity and called for a lot more people to access it.