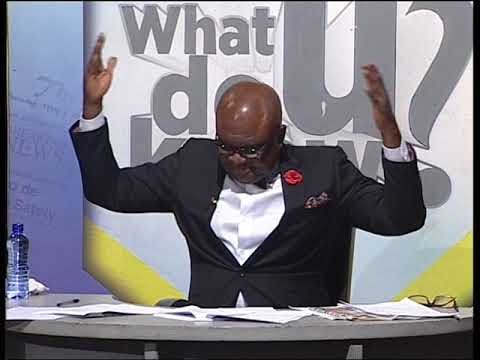 Ghana Secondary Technical School (GSTS) placed first in the high schools’ edition of TV’s “What Do You Know Quiz.”

The Takoradi-based school carried the day with 25 points.

New Edubiase Senior High and Notre Dame Senior High placed third and fourth, respectively. The winners of the competition, GSTS, won a GHS1,000 cash prize while Bishop Herman College received GHS800. The third and fourth placed schools received GHS700 and GHS600 Ghana cedis, respectively.Speaking to Myjoyonline after the quiz, the Biheco contestants described their journey to the grand finale and said they were thankful to God.
According to them, they qualified for the grand finale after placing first in the Zone D cluster which comprises the Greater Accra region, Eastern region and the Volta region.

Prior to that, they had placed first in the Volta region.

The contestants, Erasmus Elorm Agbo, Patrick Nyamador and Prince Edem Sunu also expressed their gratitude to their masters who trained them for the contest.