HIGH SCHOOL CLIQUES; PROS AND CONS OF THE ARGUMENT 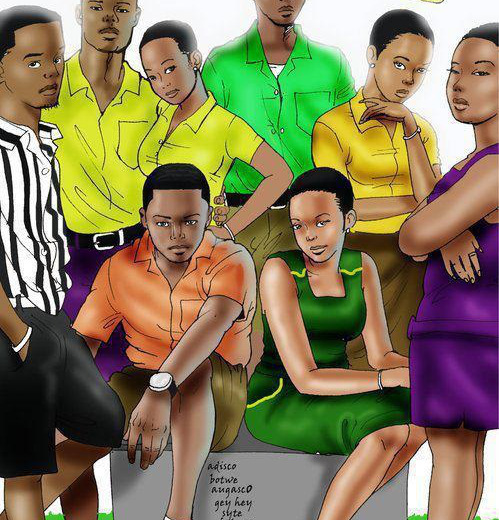 For most students becoming a member of a clique is something to be desired.  It gives one a sense of belonging to be part of a group of people that can be counted on in times of need. It is also a source of support system to some students.

Cliques are a small, select group of people that have a lot in common and feel connected to one another. ( https://www.theodysseyonline.com/the-effects-of-cliques-at-young-age). In most circumstances, they are usually inseparable and often spend time together. Membership could range from 2 or 10 students belonging to a clique

Cliques are quite common in almost every school in Ghana and around the world. Although clique types might differ from school to school, there are several key similarities that run through.  Students who belong to a clique tend to bond over common or shared hobbies, interest and ideologies. Examples of such cliques that are common in most schools include the “sharks” (smart students), “krife” (highly religious people), the “chilling squad” (people who like to have fun) etc.

It is interesting to note that being a member of a clique has got its benefits and downsides. Some people argue that cliques are not entirely a bad thing and are a source of joy and support for some students. There are also others who believe that some students have been led astray as a result of joining cliques.

There are also others who believe that being a member of clique is a great source of support system for some students. For some members of the same clique, they tend to study, play and share ideas together. These groups of people tend to also rely on each other for notes and other academic support.

Furthermore, cliques also provide a sense of belonging for some students. Being a member of a clique allows some students to build confidence and positive self-esteem.

There are also those on the other side of the argument who believe cliques should be a major cause of concern for every parent. They claim that cliques are a source of negative peer pressure for some students. They explain that some students who belong to particular cliques are pressured into engaging in harmful social vices that are not beneficial to a student’s academic performance.

In addition, they also assert joining cliques encourages exclusion and bullying of other students. There have been several incidents where some students were denied membership of certain cliques based on class, race or religion. There have also been reports members of some cliques bullying students who don’t belong to their clique.

Regardless of which side of the argument you belong to, at the end of the day, the onus is on every student to decide for themselves the kind of friendship that will benefit their academic life. They will have to decide on relationships that are forged out of mutual respect and benefit

The Parents' Role In Making Reading A Habit For Children
Making The Right Career Choice- Things to Consider
Hello..... It always starts with a hello!
How to Protect Children from Profanity
SCHOOLING THE CHILD IN PREPARATION FOR SCHOOL
Netiquette:Think Before You Click
THE WINDOWS INNOVATION: 34 YEARS TILL NOW
5 Reasons Why you Should Let your Child Play Games
5 TYPING TOOLS TO HELP YOU BUILD AND IMPROVE TYPING SPEED AND ACCURACY
To Listen Better

0 responses on "HIGH SCHOOL CLIQUES; PROS AND CONS OF THE ARGUMENT"