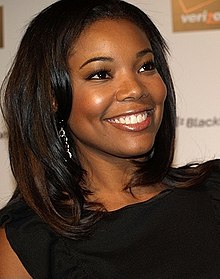 Erica Tandoh, a 10-year-old girl from Ghana who goes by the name DJ Switch, captured the hearts of Twitter users everywhere after BBC News Africa tweeted its profile of the young superstar.

The video follows her through short snippets of her day at school and during DJ events, where stands atop a crate in order to reach her sound mixing equipment. “I picked the name DJ Switch because I switch up people’s happiness,” Tandoh says.

Perhaps the most wholesome moment of the video comes when she says she hopes to be a gynecologist because she “want[s] to help women.” (Cue loud “awww” from the viewers.)

In addition to being the youngest ever winner at Ghana’s annual DJ Awards, Tandoh boasts a number of musical talents. The budding DJ is being celebrated by Twitter users as a symbol of Black excellence and even received the stamp of approval from actress Gabrielle Union. 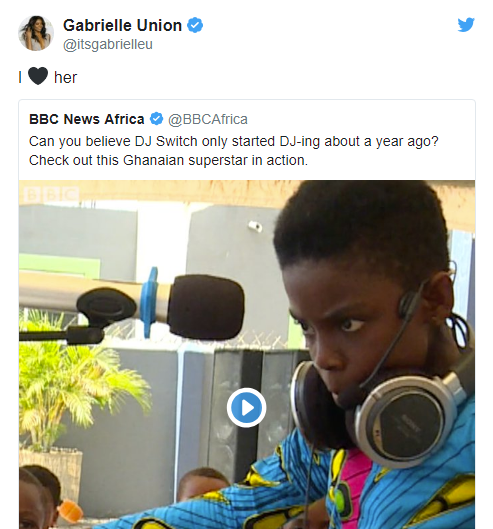 Hopefully, it’s only a matter of time before DJ Switch is swapping jokes with Ellen DeGeneres and dropping beats at Coachella.

Check out what other Twitter users have been saying. 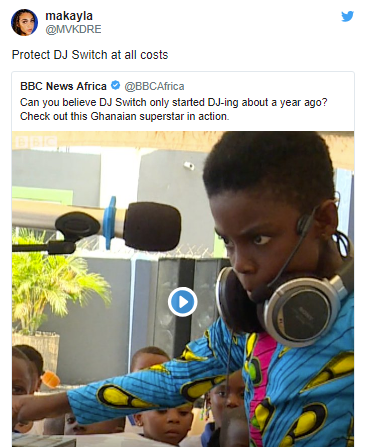 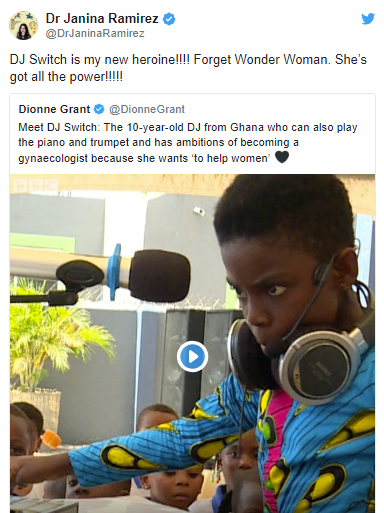 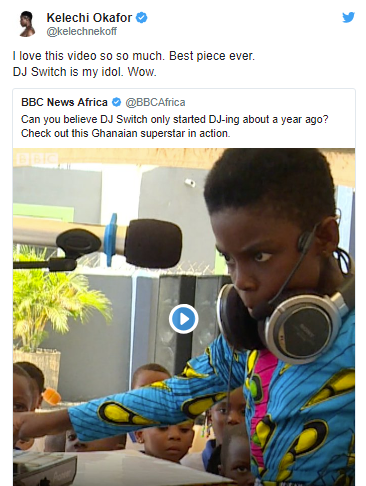