How to cope with email overload 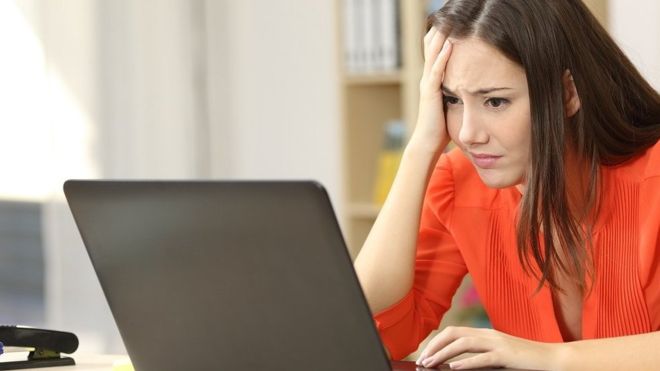 Andrew Crosby has 7,000 emails in his inbox. To some that might not sound like many, but he’s only been at Relax Gaming for a year, so there’s not been much time for the inbox to get out of control.

As a senior executive at the software company, which has eight offices around Europe, he fields around 140 emails a day.

“You have to pick and choose what you think is going to be relevant to yourself… you can get cc’ed into so many emails that are nothing to do with yourself whatsoever,” he says.

And there’s the key problem with email. The message that might contain the single most important thing you need to know all year, could well disappear into the landfill that is your inbox.

It’s not just inefficient, it’s also bad for your health. 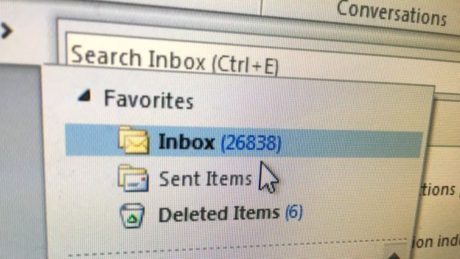 His research has found that higher email load is associated with higher workload stress.

“The problem is there aren’t good guidelines on what is the best use of email and the things we should not do,” he says.

“We cc in everybody rather than just the one or two people we should be interacting with. Line managers should never send emails outside of office hours to their subordinates unless it’s absolutely essential.

“There’s no point in sending someone an email on a Friday night saying you don’t have to deal with this until Monday, because people will then worry about it and do it that weekend.”

But he is not saying that email should be eliminated altogether.

France has tried to improve the situation. In 2017, a law was introduced that obliged firms to come up with a plan to ensure staff get a break from office emails. In August 2018, the French arm of Britain’s Rentokil Initial was ruled to have broken that law and was ordered to pay an employee €60,000 (£53,000).

No such rules exist here in the UK, but some firms have taken action anyway.

Platypus Digital is a marketing agency which runs fundraising campaigns for charities. From the very start, in 2014, its founders banned internal emails and any staff who forget have to donate £5 to charity.

“We’d all worked in charities and companies that had been around a lot longer and experienced that internal email overload, where the majority of your day is trawling through internal updates that you don’t need to be a part of,” says managing director Matt Collins.

Instead, the company’s seven employees use a messaging service and documents software from Google, and a project management system from Asana.

“We decided to use tools that were much more effective and much more fun,” Mr Collins adds.

But what if you work in a much larger organization, where you have to use email to get anything done?

Clare Godson is a senior lawyer and executive director at global legal subscription business Aosphere. Six months ago she decided to try “inbox zero” and has been “evangelical” about it ever since. The idea is to manage your inbox strictly, ideally not having anything there at all.

There’s lots of advice about how to do it on the internet, but broadly you have to do something with every email you receive.

“It’s completely revolutionized the way I feel about my email,” she says. “I never have that feeling any more that there’s something lurking in there that I’ve forgotten to deal with.

“It’s massively satisfying as a way of working, it just makes me feel more efficient and I think I feel lighter mentally.”

She accepts that for many people it’s a big hurdle.

“Most people are incredulous that you could possibly get there. They think you must be constantly in your inbox checking, deleting and sorting, which isn’t true.”

People also think she can’t be that busy, which she also rejects: “The busier you are, the more you need to be rigorous and organized.”

Let’s face it, for most office workers, inbox zero is never going to happen.

Whoever who can solve this communication problem “will be the most important software company in the world”. That’s according to Slack, a US company which sells a service that allows staff to message each other and co-operate on projects.

Its founders, frustrated with email, launched Slack in 2014 and, according to the firm, more than 600,000 organizations use the service.

On Slack, communications are based on groups of users rather than individual inboxes. Despite losing $420m in three years, it plans to list on the stock market later this month.

Andrew Crosby of Relax Gaming uses Slack and likes it, although it has not stopped him accumulating 7,000 emails in his inbox.

Other firms are also trying to exploit frustration with emails, including Microsoft, which Slack identifies as its biggest rival. Microsoft Teams was launched in 2017 and the company says that more than 500,000 firms use the service.

While many people rave about such services, they don’t appear to be a complete replacement for email. It is still the best way to communicate with people outside your organization.

The trick, according to Mr Collins, is to be strict about how you use it. He attaches a document to all his emails explaining his personal policy, which warns correspondents that his emails will be brief and, unless they are a current client, they should not expect a quick reply.

He says lots of people read his personal policy and like it. And it seems to be working. When I speak to him he has just 20 emails in his inbox. If all this seems a bit too much effort, then perhaps you should consider inbox infinity.

The idea is to let the emails pile up, embrace the chaos and thus liberate yourself from the guilt and anxiety. Just make sure you don’t miss the message from the boss about your pay rise.

0 responses on "How to cope with email overload"