Importance of Sex Education at Home 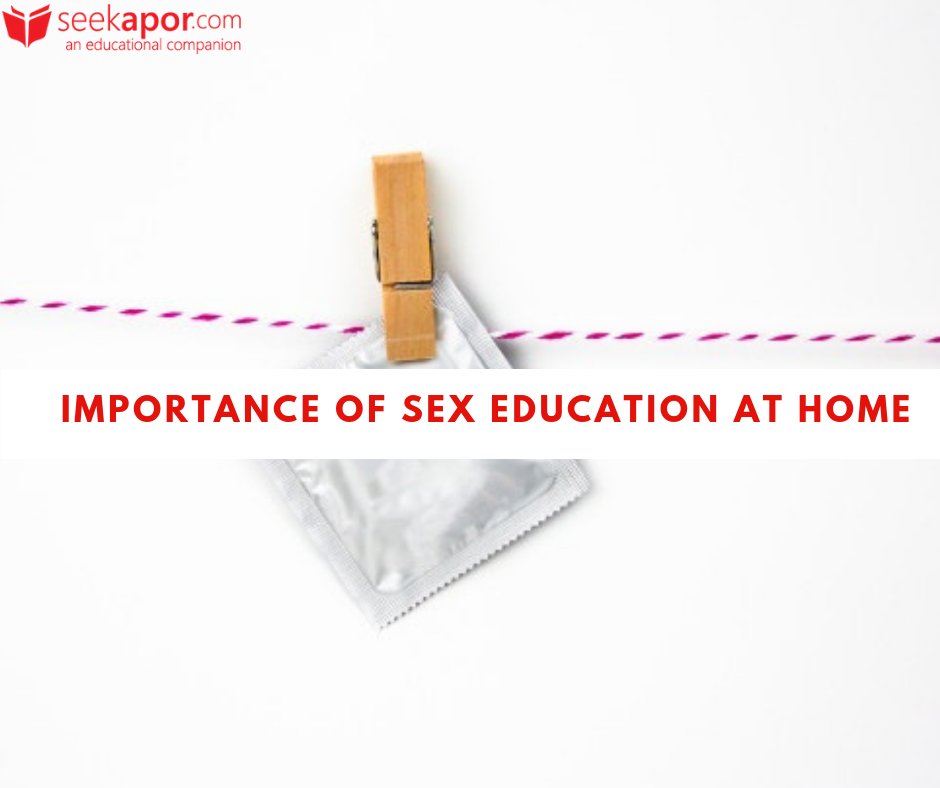 Nothing is more awkward than having “that” talk with your parents; it is awkward for both parents and children. Though schools and the internet give some significant amount of information regarding sex to children and young people, there is still some useful knowledge that needs to be imparted by parents because they know their children better.

People understand sex in different ways and may misinterpret the message that needs to be passed on. However, parents, guardians or even confidants are likely to explain it better.

One downside of sex education in schools is that schools usually do not talk about the seemingly ‘sensitive’ parts of sex. They only ask students to abstain completely from sex and cite the possible transmission of Sexually Transmitted Infections (STIs) as the main reason why students must abstain from sex.

However, at home parents are likely to feel comfortable enough to talk to their children about the subject and give them adequate information including the fact that there will be a time in our teen lives where we would want to have sex; our parents will tell us what to do and what not to do in such a situation. This is an inevitable truth that parents must not avoid. As we grow older, there are hormones that also grow in us which make it difficult for teenagers to stay ‘sane’ if they do not know what is going on and what to do when they feel like engaging in sexual activity. Therefore, parents must have these conversations with their children.

Some schools, unfortunately, are unable to educate some students on sex because they feel those students are not old enough to understand the topic and do not need such education. Meanwhile, many children today have already crossed the stage of excess hormone production and are also exposed. Thus, they have begun exploring the world of sex.

Sex education must be intensified during the teenage years to prepare and protect children from falling prey to sexual activities or sexual abuse. I recall when I first had my menstrual period, I was only in primary five but because my grandmother had explained it to me earlier, I understood right away that I was becoming a woman. It was later in my second year at Junior High School that we were taught about reproduction, including menstruation, which sadly was too late.

Since social media is an open forum, inexperienced people post any kind of information which could misinform young people. Social media can be true or misleading and that is why it is the job of parents to educate their children about sex and stop them from being misinformed or influenced by the media or their peers.

OBSERVANCE OF WORLD FOOD DAY
A Curious Mind is a Healthy Mind!
5 Benefits of Technology for Kids
Writing tips - emotions
The “Must Know” Extreme Dangers Of Belly Fat
CELEBRATING THE INTERNATIONAL DAY FOR SIGN LANGUAGE
INTERESTING WAYS TO GETTING YOUR CHILDREN TO DO CHORES
SWIMMING: BEYOND A SURVIVAL SKILL
6 Tips to Manage Your Finances This December
Yes Please! – Who’s child is this?

0 responses on "Importance of Sex Education at Home"