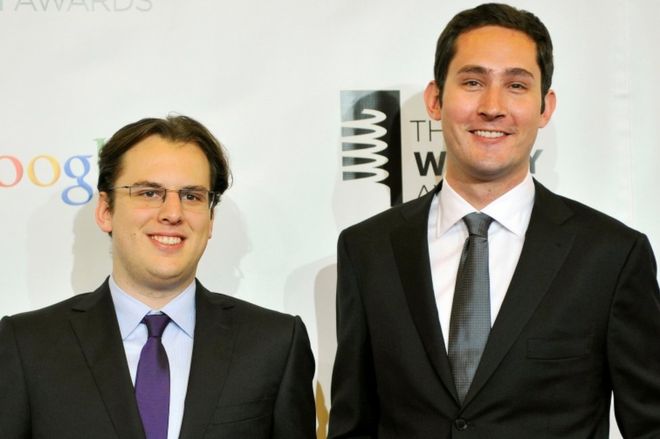 The co-founders of photo-sharing giant Instagram, Kevin Systrom and Mike Krieger, are both leaving the firm.

Mr Systrom, chief executive, said they were departing to “explore our curiosity and creativity again”.

Instagram was purchased by Facebook in 2012 for $1bn (£760m) in cash and stock and has more than one billion users.

There had been reports of tension between the pair and Facebook, and the departures add to what has been a troubling year for the parent company.

Mr Systrom, 34, the CEO, and Mr Krieger, 32, the chief technical officer, started the image sharing site in 2010, and continued to run the service after it was acquired by Facebook.

What have the pair said?

Not a great deal. They reportedly only told the Facebook leadership on Monday so the departure appears pretty sudden.

In a blog post, Mr Systrom said,“We’re now ready for our next chapter.

“Building new things requires that we step back, understand what inspires us and match that with what the world needs; that’s what we plan to do.” 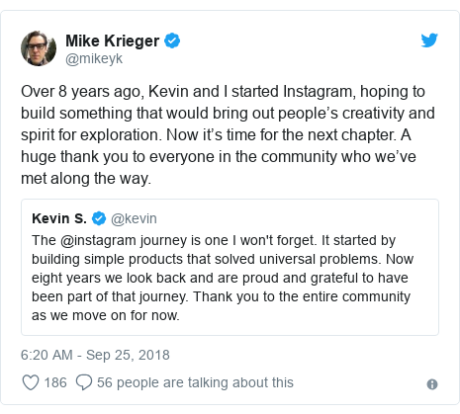 “I’ve learned a lot working with them for the past six years and have really enjoyed it,” he said. “I’m looking forward to seeing what they build next.”

This year, Instagram has introduced new features and products including the sister app IGTV for sharing vertical videos.