Effects Of The Use of Internet on Child Development 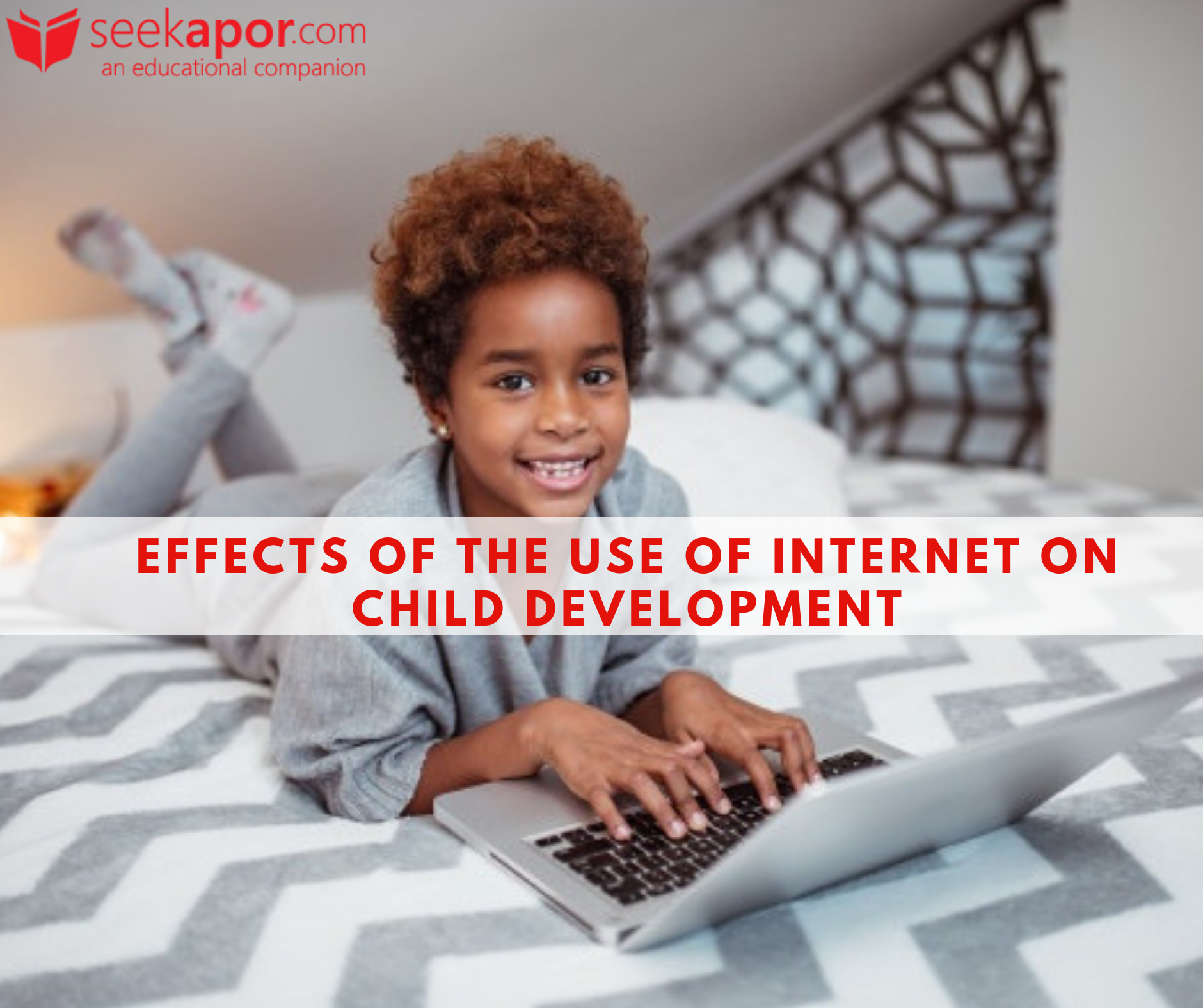 Effects of the use of Internet on Child Development

The rate at which children have access to the internet is increasing in this contemporary world. In her article, Genevieve Marie Johnson investigates how internet use affects child development. With regards to statistics, according to the Corporation for Public Broadcasting (2002), the prevalence of Internet use among American 6 to 8 year old children doubled between 2000 and 2002 (from 27% to 60%, across all locations, at least one a week). Approximately 20% of Canadian 9 year old children access the Internet through their own personal computer (Media Awareness Network, 2006). Also, the Office of Communication (2007) reported that 7% of British 10-year-olds have a webcam. In Australia, nine in ten families have home Internet connectivity and 75% have broadband access (Australian Communications and Media Authority, 2007). Trends indicate continued increase in the number of children accessing the Internet, the amount of time they spend online, and the complexity of their online behavior (Livingstone & Helpsper, 2007).

The Internet, although rich in graphic display, is primarily a text-based medium; “the more a child uses the Internet, the more he/she reads” (Jackson et al., 2007, p. 188). Li and Atkins (2004) concluded that computer exposure during the preschool years was associated with subsequent school readiness. Jackson and colleagues (2006) provided low income children with home-based Internet access and continuously recorded time online. “Findings indicated that children who used the Internet more had higher scores on standardized tests of reading achievement and higher grade point averages 6 months, 1 year, and 16 months later than did children who used the Internet less” (p. 429). Fuchs and Wößmann (2005) inferred, having controlled for socioeconomic status, “a negative relationship between home computer availability and academic achievement, but a positive relationship between home computer use for Internet communication” (p. 581). From a developmental perspective, Internet use stimulates cognitive processes involved in interpreting text and images (Johnson, 2006). Metacognitive processes such as planning, search strategies, and evaluation of information are exercised when navigating websites (Tarpley, 2001).

DeBell and Chapman (2006) concluded that Internet use promotes cognitive development in children, “specifically in the area of visual intelligence, where certain computer activities — particularly games — may enhance the ability to monitor several visual stimuli at once, to read diagrams, recognize icons, and visualize spatial relationships” (p. 3). Van Deventer and White (2002) observed proficient 10- and 11-year-old video gamers and noted extremely high levels of self-monitoring, pattern recognition, and visual memory. In a comprehensive review of the literature of the time (when interactive digital games were relatively unsophisticated), Subrahmanyam, Kraut, Greenfield, and Gross (2000) concluded that “children who play computer games can improve their visual intelligence” (p. 128). It should be noted, however, that playing video games has also been linked to childhood distractibility, over-arousal, hostility, and aggression (Anderson, Gentile, & Buckley, 2007; Funk, Chan, Brouwer, & Curtiss, 2006).

Childhood use of the Internet occurs in three contexts: home, school, and community. From an ecological perspective, Internet use in one environment influences Internet use in other environments. Because all children in the sample attended the same elementary school, school-based Internet experience was assumed equivalent. However, Gibson and Oberg (2004) noted that the quality of school-based Internet experience varies widely across classrooms. Subsequent theoretical and empirical research may expand techno-subsystem description to include child-peer interactions during home, school, and community Internet use.

(Culled from “Internet Use and Child Development: Validation of the Ecological Techno-Subsystem” by Genevieve Marie Johnson).