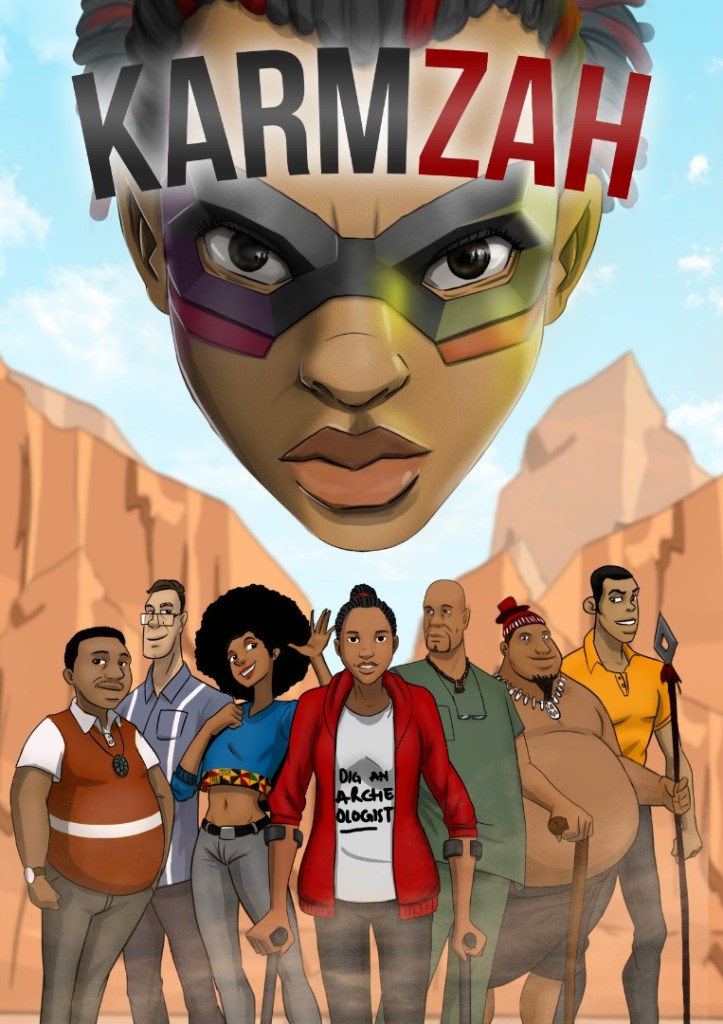 Farida Bedwei has always been celebrated in Ghana and beyond for her abilities in spite of her being abled differently. The IT engineer has written a book, “Definition of a Miracle”, chronicling a story about a girl with cerebral palsy, a condition that she shares with the main character in the book. At an event in Rwanda, she got to learn more about Eyram Tawia’s projects creating and launching superheroes. She had a number of discussions with Eyram’s Leti Arts stable and that has given birth to the Karmzahcomic. Farida’s friend, Anita Erskine, has been celebrated for her media work and many talents in Ghana and beyond. But who knew she was a singer? Anita introduces us to her musical talent with the Karmzah theme song.

Anita Erskine has always been great with words and to see her put together such a riveting, catchy and viral song speaks volumes of her several skills. She stated: “It has been a blessing for Syko Black and I to have been able to record this soundtrack for Karmzah. Being part of the narrative is imperative to our growth. We don’t take the opportunity for granted at all!”.

Leti Arts has always built multi-faceted teams working on art, music, gaming and tech to produce great digital content and apps. This collaboration has produced a great song that would drive a special project that is bound to be received with wide acclaim in several circles. 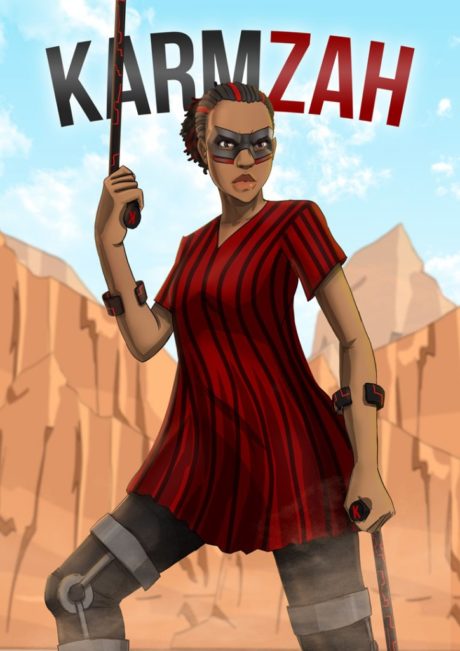 The Karmzah theme song was outdoored at the launch of the Karmzah Comic on October 30, 2018 at the Leti Arts HQ in Accra, Ghana. The comic portrays a person – Morowa – with cerebral palsy as a heroine. Morowa, is an a archaeologist who goes on digs with her crutches and all, which shows even without superpowers, she is breaking the stereotypical image of someone with cerebral palsy. Farida Bedwei on her motivation for writing the Karmzah Comic said: “Although there are a few superheroes with varying disabilities, there is none with Cerebral Palsy which is the commonest cause of childhood disability; the millions of children and adults with this condition should be represented in the animation/comic realm”.

Eyram Tawia stated Leti Arts’ values while sharing about the newest superhero in the Africa Legends’ Series: “Karmzah is a symbol of inclusion, challenging stereotypes and making aids look very normal and cool. Our world thus Africa needs superheroes who use super powers to fix situations we face now giving hope for the future. This is great example of working together, balancing skill sets with each person focusing on their strengths”. 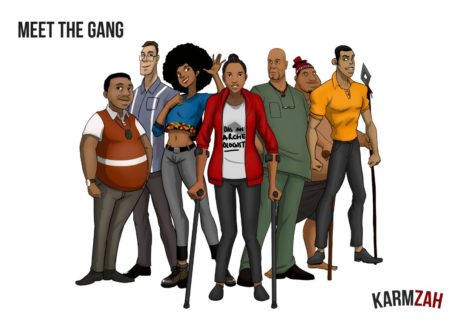 Anita Erskine (Managing Director of Anita Erskine Media) calls Karmzah a global icon. She stated that Farida’s innate desire to teach us to understand the importance of inclusivity is such a powerful quest and as a matter of fact an urgent need. She added: “For me, knowing that I hold Women and Empowerment so close to my heart, also meant knowing I had a responsibility towards every kind of woman and girl”. Karmzah has been crafted and outdoored to inspire people from all walks of life. Farida Bedwei mentions: “Karmzah, getting her powers through her assistive devices, symbolises how our perceived weaknesses can become our strengths”.

The Karmzah comic is exclusive to AfroComix, a Leti Arts managed platform that hosts lots of digital content about African culture, comics, animations, games, etc by African content creators. AfroComix is available on the Google Play Store with versions for other operating systems following. The comic authored by Farida Bedwei can be found and experienced via bit.ly/afrocomixgps. It is powered by a song performed by Anita Erskine that many fall in love with on first listen.