Kenyans Teaching Cars How to Drive Themselves 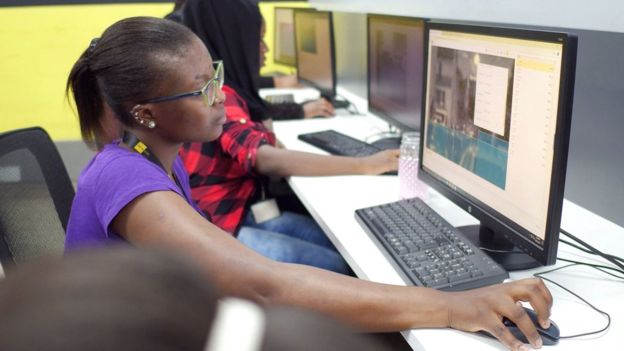 But it isn’t magic. It’s Brenda, a 26-year-old single mother who lives Kibera, Africa’s largest slum, and perhaps the toughest neighbourhood on earth, where hundreds of thousands of people live in a space not too much bigger than London’s Hyde Park.

Each day, Brenda leaves her home here to catch a bus to the east side of Nairobi where she, along with more than 1,000 colleagues in the same building, work hard on a side of artificial intelligence we hear little about – and see even less.

In her eight-hour shift, she creates training data. Information – images, most often – prepared in a way that computers can understand.

Brenda loads up an image, and then uses the mouse to trace around just about everything. People, cars, road signs, lane markings – even the sky, specifying whether it’s cloudy or bright. Ingesting millions of these images into an artificial intelligence system means a self-driving car, to use one example, can begin to “recognise” those objects in the real world. The more data, the supposedly smarter the machine.

She and her colleagues sit close – often too close – to their monitors, zooming in on the images to make sure not a single pixel is tagged incorrectly. Their work will be checked by a superior, who will send it back if it’s not up to scratch. For the fastest, most accurate trainers, the honour of having your name up on one of the many TV screens around the office. And the most popular perk of all: shopping vouchers.

“You get to do something unique,” Brenda told me when I visited the tiny home she shares with her daughter, brother and mother.

“With my work that I’m doing, I believe I’m working for something that is going to help someone in future.”

Brenda does this work for Samasource, a San Francisco-based company that counts Google, Microsoft, Salesforce and Yahoo among its clients. Most of these firms don’t like to discuss the exact nature of their work with Samasource – as it is often for future projects – but it can be said that the information prepared here forms a crucial part of some of Silicon Valley’s biggest and most famous efforts in AI.

It’s the kind of technological progress that will likely never be felt in a place like Kibera. As Africa’s largest slum, it has more pressing problems to solve, such as a lack of reliable clean water, and a well-known sanitation crisis.

But that’s not to say artificial intelligence can’t have a positive impact here. We drove to one of Kibera’s few permanent buildings, found near a railway line that, on this rainy day, looked thoroughly decommissioned by mud, but has apparently been in regular use since its colonial inception.

Almost exactly a year ago, this building was the dividing line between stone-throwing rioters and the military. Today, it’s a thriving hub of activity: a media school and studio, something of a cafeteria, and on the first floor, a room full of PCs. Here, Gideon Ngeno teaches around 25 students the basics of using a personal computer.

What’s curious about this process is that digital literacy is high, even in Kibera, where smartphones are common and every other shop is selling chargers and accessories, which people buy using the mobile money system MPesa.

0 responses on "Kenyans Teaching Cars How to Drive Themselves"