KNUST Chancellor to Set-up New Body After Dissolution of Council 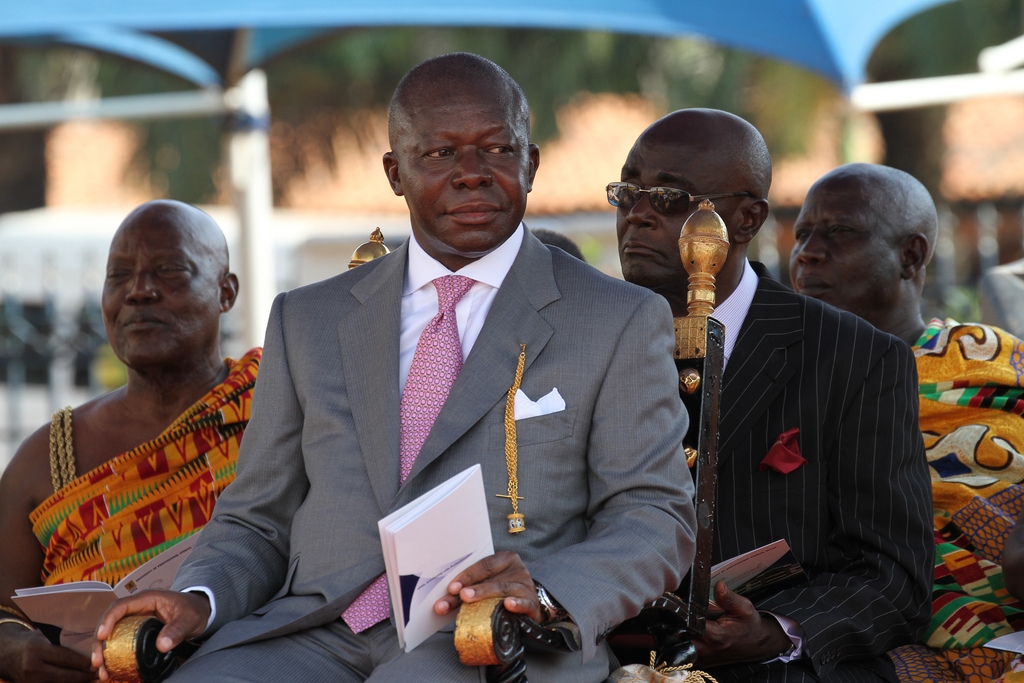 The government has requested the Chancellor of the Kwame Nkrumah University of Science and Technology (KNUST), the Asantehene, Otumfuo Osei Tutu ll, to lead the next steps in constituting the University Council, in accordance with the university’s statute and relevant laws.

At a press briefing at the Ministry of Education after a crunch meeting with the leadership of the University Teachers Association of Ghana (UTAG) in Accra yesterday, the Minister of Information designate, Mr Kojo Oppong Nkrumah, said the Governing Council was expected to be reconstituted by Friday, November 2, 2018 to take over from the Interim Governing Council.

In attendance were the National President of UTAG, Dr Eric Opoku Mensah; the leadership of the association; the Minister of State in charge of Tertiary Education, Professor Kwesi Yankah, and the Deputy Minister in charge of General Education, Dr Yaw Osei Adutwum.
“The government has subsequently engaged with UTAG and updated the association accordingly,” Mr Nkrumah announced.

He said UTAG had undertaken to restore services and cooperate in resolution efforts and encouraged other stakeholders to join the efforts.

“In accordance with the earlier directive by the President of the Republic, the university is expected to reopen by November 8, 2018 for normal academic work to resume,” Mr Nkrumah further announced.

He explained that the government’s decision to set up an interim governing council and the directive by the National Council for Tertiary Education (NCTE) to the vice-chancellor to hand over temporarily to the Pro-Vice Chancellor, Professor Rita Akosua Dickson, were part of emergency and interim measures.

“These measures were immediately necessary to restore order, while preparing for the reopening of the university,” Mr Nkrumah said.
He said the Governing Council of the KNUST was dissolved because “the government holds it ultimately responsible for the failure to adequately manage internal matters of the university, leading to a breakdown of law and order. The interim measures were necessary to protect lives and property”.

UTAG happy with the development

In a brief statement, Dr Mensah said UTAG was happy with the development so far, “and we are happy with the government deciding to meet with UTAG to deliberate on this crucial matter”.