Let’s legislate compulsory education – Akufo-Addo to Ghanaians in US 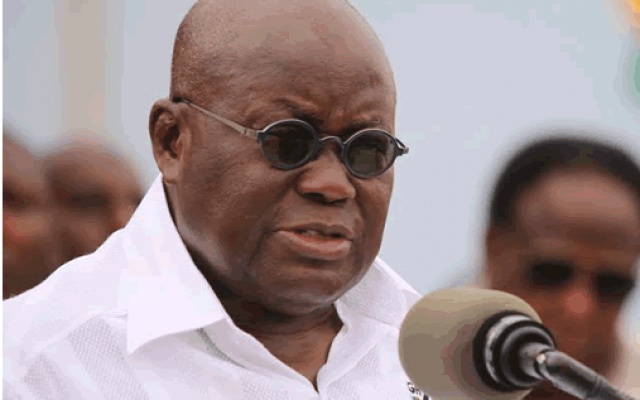 The President, Nana Addo Dankwa Akufo-Addo has advocated for the need for Ghana to move to compulsory legislation in the educational system.

The president said, “We must have a law that says that every single Ghanaian child should go to school and stay in school until the end of Senior High School (SHS) education.”

Speaking to some members of the Ghanaian community in New York, USA, last Sunday, the President gave a strong indication that by the end of his term of office, there would be a law to that effect.

“I am hoping that by the end of my term, we will be in a position to accommodate every school-going child to be in school in Ghana,” he told the Ghanaian community during a dinner organized in his honor by the Ghana Permanent Mission at the United Nations.

Present at the dinner were the Foreign Minister, Ms. Shirley Ayorkor Botchway; Ghana’s Envoy to the UN, Mrs Martha Pobee; a Deputy Minister of Science,Technology and Innovation, Madam Patricia Appiagyei among other dignitaries.

President Akufo-Addo declared that such legislation was very important for the free SHS policy to fully achieve its objective.

He said a couple of weeks ago, Ghana entered the second year of its free SHS programme.

This year, he told the gathering, the country had to accommodate double the number of students during the first intake of 90,000 to 180,000 students.

And because the government was very determined to continue with the programme, he said, “we had to devise a way by using the existing facilities in the schools to make sure that we broaden access, hence the introduction of the double-track system”.

Interestingly, he said, he did a tour of the Central Region and soon discovered that “my new name is Nana Double Track”.

“God willing, the first or Green Track system has worked very well,” the President said, adding that he trusted that in November the second or Golden Track would also work so well.

President Akufo-Addo lauded the Minister of Education and his deputies for their hard work and promised that the government would stay focused and steady.

“That is an important achievement that we have made,” he stated, and expressed the hope that by the end of the term, “we will be in a position to be able to accommodate everybody in Ghana”.