LIGHTENING THE TORCH IN OUR DARK WORLD 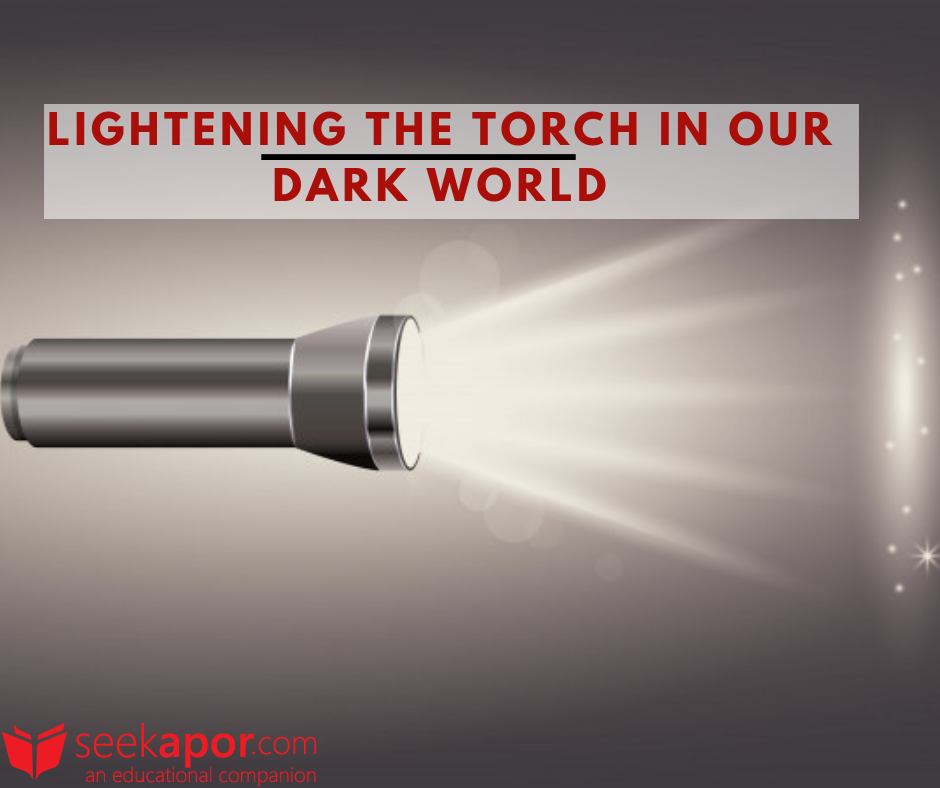 It is dark in my part of town, literally and it’s gradually eating into deep parts of my life, figuratively. This statement may carry a lot of weight or not, depending on where you sit. I find it amazing that we can argue about whether dumsor is back, which era’s dumsor is better and give justifications depending on where we sit, rather than join the few people asking why we are in darkness and how to avert it for good. That is the effect of dumsor literally.

Now figuratively; earlier today, I met an owner of a school and did not mince words in introducing her to an Edutech learning portal called Seekapor and its School Management System. She listened with rapt attention as I went on about how she could run her school from her phone and very importantly have accurate data on the pupils and parents of her school. I was shocked when she said she was shocked that I was one of the people working to destroy the work of traditional learning. I was quick to emphasize that e-learning was not a substitute (yet) for learning but it was just a supplement to what was studied. I gathered that the woman in trying to save her occupation (as she thought), refuted anything I.T especially its application to learning. To her it was merely a distractive tool, a means to promote laziness and one that introduces its users to evil.

Indeed, such has been the attitude of many to novelty, to technology and to situations, generally. Without resorting to unbiased research, or careful scrutiny of situations and adapting tried solutions, dangerous opinions are formed leading to gaps that hitherto may have been bridged earlier. We live in darkness and our actions seem to say we like it.

This is because just like the use of I.T, educators in other parts of the world have embraced it fully and it is mandatory to apply a form of it in teaching and learning. Some educators, rather than join the train, complain about it or remain adamant while their peers continue to research on how to limit its demerits on the sector.

Our part of the world is suffering from darkness but there are little things that can serve as torches to light our paths. Being born or raised in the dark does not mean one should die there. Light up a torch. Who knows, when I light mine and you light yours, altogether, ours lights, in addition to the one the divine architect provides us, we may not need the light we are crying about anymore.

Research is a torch. Use it. Reading is one. Do it. Follow arguments from different divides and form opinions. Do not pick a side hurriedly. Follow trends, they may become necessities in a couple of years and you will be found wanting – Students were not mandated to have laptops or know how to use one in the university but now it is almost impossible to go through school without one. Mobile Money Accounts were not as common but now it is in one’s own interest to own one. Remember the many flawed arguments made to resist its use some years ago?

There are numerous examples that can be given but the point here is to endeavor to create some light that will cause you to move forward even in the dark. I am experiencing dumsor as I type but it will not hinder me being productive on the first day of the second quarter of the year.

0 responses on "LIGHTENING THE TORCH IN OUR DARK WORLD"