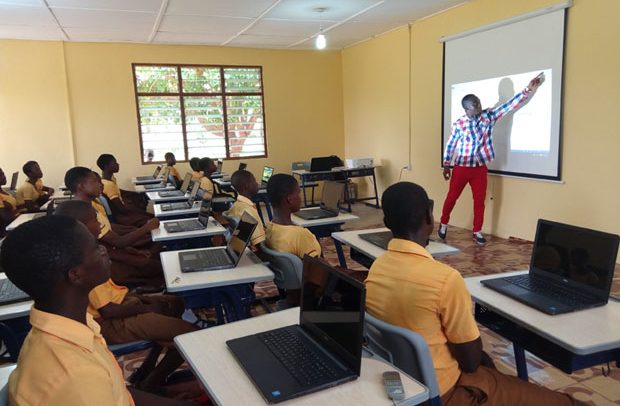 MICROSOFT Corporation has handed over an ICT laboratory to the Betenase District Assembly Junior High School in the Ashanti Region following media reports in March, when a picture of the teacher went viral as he drew a diagram of Microsoft word on a blackboard while teaching ICT.

Photos of the teacher, Richard Appiah Akoto which could be found all over the internet attracted the attention of Microsoft and the international media. Microsoft offered to help the teacher with a computer and access to free professional development resources as well as provide an ICT facility for the school. 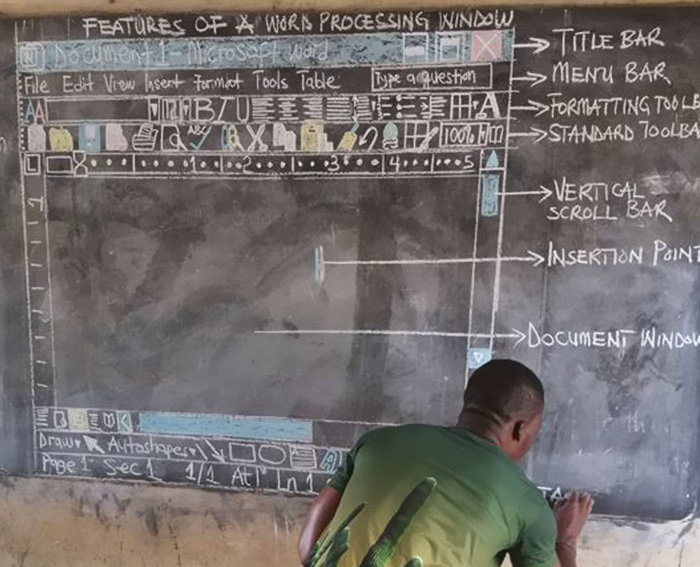 The picture of Mr Akoto teaching ICT which went viral

The new lab which has been built and handed to the school contains 27 brand new Dell laptops, one projector, 27 tables and chairs and three years’ 3G internet connectivity. This is in fulfillment of Microsoft’s commitment to support teachers, especially those in deprived communities, to be abreast of digital transformation.

Aside the laboratory, the company provided 130 school uniforms and sets of mathematical instruments to the pupils

He explained that the company had recognized the important role technology can play in transforming societies and helping students to further their education.

In an interview with the media on the sidelines of the handing over ceremony, Mr. Akoto urged other ICT teachers across the country to adopt innovative ways of teaching their students.