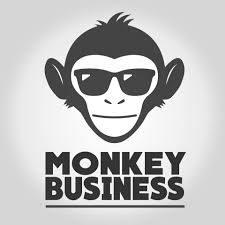 A lot of monkeys lived near a village. One day a merchant came to the village to buy the monkeys. He announced that he would buy the monkeys for GHc100 each. The villagers thought he was mad. They wondered how anyone could buy stray monkeys for GHc100 each. However, some of the villagers went to catch some monkeys and gave them to the merchant and he gave them Ghc 100 in exchange for every monkey they brought. The news about the merchant and the stray monkeys spread all over the village like wildfire. Those who were even reluctant found themselves chasing moneys for the merchant.

The villagers started to lose sleep! Those who were faster and smarter, caught the remaining six monkeys and sent it in exchange for the Ghc 500. The villagers waited anxiously to hear what the merchant’s next announcement will be. The merchant announced that he was going home for a week and upon his return, he would buy one monkey for a GHc1000. He left an employee of his to take care of the monkeys he had bought while he was away.

The villagers were very sad because they had sold all their monkeys and could not get anymore to sell to the merchant at GHc 1000. Noticing their misery, the merchant’s employee suggested to the villagers that he will secretly sell some of the monkeys they had already bought back to them. Then the merchant will buy it upon his return for GHc1000.

What moral lessons did you pick from this story.