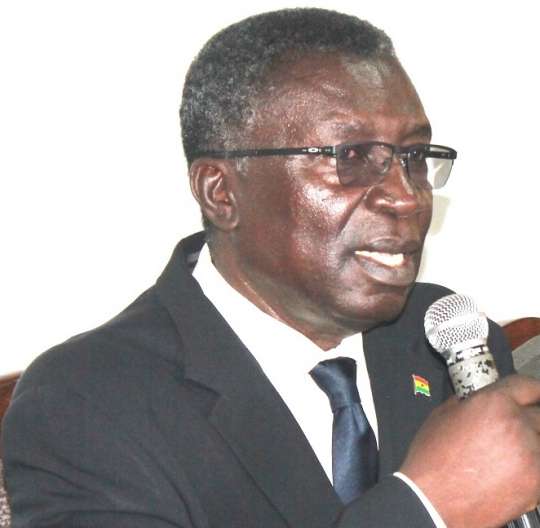 The stoppage of the Mathematics, Science and Technology Scholarship Scheme (MASTEES) on Monday engaged the attention of Parliament, with the request to revive the scheme to promote the study of the three disciplines in Ghanaian public schools.

Government funds for the scholarship were not released in 2015 and 2016, and the programme was truncated, Professor Kwabena Frimpong Boateng, Minister of Environment, Science and Innovation announced in Parliament, in Accra.

Dr Boateng was briefing the House on the performance of the MASTESS as Dr Bernice Adiku Heloo, MP for Hohoe wanted to know the status of implementation of the MASTESS.

The question had come up as a result of appeals from students and education institutions to ease the pressure on hundreds of beneficiaries, as the scholarship collapsed at the beginning of the 2014/2015 academic year, when government stopped funding the programme.

Professor Boateng said the MASTEES was an incentive programme to provide scholarship and bursaries for needy but brilliant students in Mathematics, Science and Technology related subjects in tertiary and second cycle institutions.

The scholarship scheme was initiated in 2009 following a Cabinet approval for the implementation of the MASTEES by the MEST, in collaboration with the Ministry of Education.

The programme was officially launched on August 17, 2009, by Ms Sherry Ayittey, then Sector Minister, on behalf of the then President, and implementation began in 2010.

Prof Boateng said the introduction of MASTEES became necessary following a decline in the interest of students to take up the study of science and mathematics, coupled with the poor results students obtained in the West Africa Secondary Certificate Examination School (WASSCE).

“It was to be funded by 2% of funds allocated to the Ghana Education Trust Fund (GETFund). The allocation was to be deposited in a special account called ‘MASTEES fund’ and disbursed by the Scholarship Secretariat,” Prof Boateng said.

It was estimated that the MASTEES programme would benefit 41,400 brilliant but needy students annually, to enable them to pursue both secondary and tertiary education.

The amount released from the GETFund in 2014/2015 benefitted 3,849 students in pre-tertiary and tertiary institutions under the MASTEES programme

“In 2015 and again in 2016 MESTI requested for release of funds for the programme to continue,” Prof Baoteng said, but however, added that, funds were not released and the programme was truncated.