My First Experience As A Teacher 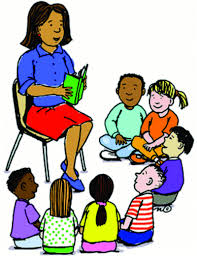 We often render quick judgments to people whose story are unknown to us. Typical examples include, when people classify certain individuals as affluent due to their appearance, when in reality they are not or when we assume a person is corrupt because he amassed wealth within a short period. These examples show us how easy it is for us to ignorantly label strangers. My first posting as a teacher, taught me that passing quick judgment is a slow poison for the growth of any individual.

Years have passed but I still remember my first day as a teacher in a public school. This was my first posting and I was teaching English for the J.H.S department of the school. It was a Tuesday and school had just reopened. The morning assembly was short and everything seemed to be going well till I went to my class.

This was the J.H.S 1 class and as soon as I stepped into the classroom, one student approached me to help with my textbooks, I obliged and quickly got to business. I began my lesson for the day. In a matter of minutes, I heard a whistle from the back of the classroom. As I scanned through the class I spotted this tall big boy giggling uncontrollably in the backseat.

I asked him to stand and as he stood up I noticed his shorts were old and tattered, he looked older than everyone in the classroom. I asked him what his name was but he just ignored me, I was in utter shock so I approached him and he quickly muttered, ‘’ Rahim Banda “.

As soon as I went back to writing on the blackboard, I heard the same whistle from the back. I turned around and scanned the class again, but the class looked very quiet. I went on writing but the whistling went on. Then I stopped my lesson to tackle this problem because I believed that if I lost control of the class from the beginning I wouldn’t be able to get it back.

My suspicion went straight to the big boy but I did not dare to speak to him to avoid a clash. I continued my lesson again but I was alert and more attentive to spot the source of the sound. To my utter surprise, the big boy was innocent and a small boy was the source of trouble.

Days went on and I discovered that the fearful big boy proved to be as innocent and quiet as a mouse and rather the source of trouble came from a group of small-sized students. From that day on, I learnt the lesson that judging by appearance can often be wrong.

0 responses on "My First Experience As A Teacher"