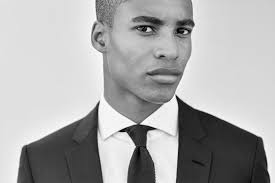 I sat in the third row, 2 seats behind Queen Frimpong. Queen was the star student. If ever a teacher wanted to allude to a model student, he/she would use Queen as an example. They would often say, with a mixture of contentment and hope, “Why can’t you all be like Queen?” Queen was an incredibly clever student. At the last speech and prize giving day, she had swept home 11 awards, even though we only studied 10 subjects. The school had decided to invent an extra subject, so they couldgive her an extra award, just to reaffirm her academic ingenuity. She was an intellectual colossus in every sense of the word.

Sensing that we didn’t have an answer to his question, Mr Otimadja decided that it was time he employed the services of his evil aide, the Otimadjanator, to help jolt our brains from its slumber. He started from the first row, whipping anyone who got the answer to his question wrong. Elliot, who sat in the first seat in the second row, at this time, was perspiring uncontrollably. He turned right and noticed that I wore a calm and composed countenance. He imagined how anyone could wear this sort of peaceful demeanour in the presence of the Otimadjanator. Elliott was such a dimwit. Even though he was my best friend, I was quite certain about this. Often, he would come up with the most incredulous, ridiculous responses to questions. Once, our science teacher had asked, “Class, what is a plantation?” To everyone’s utter dismay and disbelief, Elliot’s hand had gone up, signaling to the science teacher to call him. The science teacher, noticing Elliott’s very determined attempt to be called upon, decided to ignore him in the hope that someone else, more capable, would put up their hand. But no one did. Queen was not in class that day because she had to go represent the school in a debate. Summoning all his powers of faith, the teacher, was resigned to call upon Eliott. My first reaction to Eliott’s eagerness to answer the question had been “Is he high on something or does he just desire to get mocked and laughed at?”

“Yeeeeesss, Eliott…what is a plantation?” Eliott smiled, got up from his seat and insisted that he wrote the answer on the blackboard. What was wrong with this stupid boy? Was his answer that good? It better be!, I thought to myself. Eliott, grinning from ear to ear, dislodged from his seat, tucked his oversized shirt into his tight, short shorts, adjusted his belt and made haughty strides towards the blackboard. He picked up the chalk, turned to look at the class, as if he wanted to make sure he still had an audience, and refocused his attention on the blackboard. The way Eliott was acting, you’d think he had found a cure for AIDS or cracked the formula for human longevity. Then, finally, Eliott wrote, in very poor chalkmanship:

A PLANTATION IS WHERE THEY PLANT PLANTAINS

The class turned to look at Mr Francois. Naturally, we had assumed that if Eliott’s answer was right, we could tell just by looking at Mr Francois. He was in shock! His eyes became bloodshot with rage, and the hairs on the heavy moustache he wore seemed to stand erect, as if in response to some magnetic stimulus. Eliott sensed the imminent, impending danger. As Mr Francois reached for his cane, Eliott lurched backwards and darted out of the class, with Mr Francois hot on his heels. The class was in absolute delirium at the sight of this! I laughed so hard, I feared I would rupture a vein in my lungs.

Unbeknownst to everyone, I was calm, because I knew, Queen, who was 2 seats removed from mine, would answer the question. I had not bothered to bother my brain with needless mental arithmetic in a bid to decode the Otimadjan algorithm. I was quite convinced that there was absolutely no way she could get anything wrong. In my head, it was one of the mortal impossibilities.

Queen was special, NO, she was different in a sort of eerie, detestable yet attractable way. She was unusually tall, wore a low hair-cut, dark-skinned, and had small eyes that hid behind her thick-framed lenses. She was the only individual in Saint Duke’s who wore glasses, and in Saint Duke’s, being different, mattered. If you ever asked Queen a question while she sat on her desk in class, she would sigh, as if to express her displeasure at being disturbed by a simpleton, take off her red-ribboned glasses or lower her gaze, stir at you briefly as if she were assessing your intellectual capability, and then ignore you. She had her eccentricities. She was the only girl in Saint Duke’s who wore a watch. It was an ugly, antique watch with a leather-strap. Most people I had seen with watches outside of school, had screens that very unambiguously told you what time of day it was. Not Queen’s. Queen’s had four tiny dots in four separate corners of the watch. Under each dot, there was some sort of Roman numeral underneath. She was weird. When she would come to class, she would come with a small bottle that served as receptacle for some kind of liquid. With a tissue, she would spread some of this liquid onto her desk, and very meticulously and aggressively wipe her desk, making sure to attend to every crevice on the surface of the desk. Having satisfied herself as to cleanliness of the desk, she would sit and arrange her stationery in a very particular order. The black pen was always placed horizontally in the top left corner of the desk, right underneath and parallel to the blue. The eraser and sharpener were placed in the bottom right in vertical fashion. She always came to class with a new pencil, unsharpened. I would watch, everyday, as she sharpened her pencil with such assiduity and commitment, humming to herself as she did.

I watched as Mr Otimadja angled his way to Queen’s seat, then he uttered, in that coarse voice, “What is the answer, Queeny”. Mr Otimadja had a fancy way of addressing “Queen”. Indeed, if you were a clever student, everyone liked you, even Mr Otimadja. There was a palpable silence in the class. 2 minutes had passed since the question had been asked, and still no response from our star student. The “afro” I wore became drenched in sweat, there was a salty dryness in my mouth, my stomach churned. Suddenly, I felt a slight unease in my chair, it had become either too small or too big for me. Then, I heard Queen mutter the words “I don’t know, sir?