Parliament Must Speed up Approval of Tertiary Education Fees 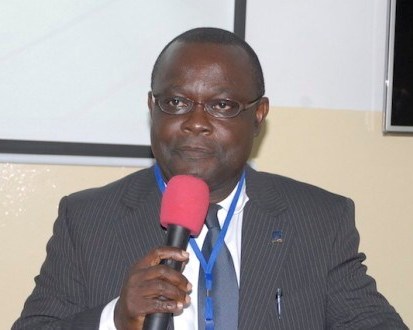 Professor Ebenezer Oduro Owusu, the Vice Chancellor of the University of Ghana, has appealed to the leadership of Parliament to fast track the approval of fees for tertiary educational institutions to enable them to mobilise financial resources for their operations.

Currently, he said, the University of Ghana (UG) was burdened with more than a GH¢30 million budget deficit, explaining that the approval of the fees would greatly help address some administrative and governance challenges.

The Fees and Charges Act 2009 (Act 793), which was amended in 2016, seeks to safeguard the public against arbitrary charges and levying of students by universities.

The Act thus requires all Vice Chancellors to seek Parliamentary approval for fees and levies they intend to charge before sending them out to students.

Prof. Oduro Owusu made the appeal at this year’s University of Ghana Alumni Lecture, in Accra, on Wednesday, held under the theme: “Strengthening Democracy and Good Governance in Contemporary Ghana: Some Challenges”.

The lecture, organised jointly with the University, forms part of the activities marking the University’s 70th Anniversary celebrations.

Prof. Oduro Owusu said he found it refreshing that the annual lecture provided a platform for the re-union of the University’s alumni and the current generation of students.

He expressed the hope that the Lecture would offer solutions to some governance and democratic challenges, such as the monetisation of political elections, corruption and economic mismanagement, political vigilantism, among others.

Professor Aaron Michael Oquaye, the Speaker of Parliament, who was the main speaker for the lecture, identified some intrinsic weaknesses in some governance institutions such as the Presidency, the Council of State, the Legislature, the Judiciary and the electoral process and made some recommendations to address them.

He recommended the passage of the Affirmative Action Bill into law to enable more women representation in Parliament and other decision-making bodies; and the review of some provisions in the 1992 Constitution in order to sustain the democratic governance.

He also said the conduct and language of some Ghanaian politicians must be assessed to avert any political upheaval.

Mr Richard Obeng Okrah, the Chairperson of the UGAA, said the annual lectures, which started in 1974, highlighted various challenges facing the society and proffered pragmatic solutions to issues on governance, democratic, education and the Sciences.

He said the University’s alumni would continue to work closely with the Management towards achieving its strategic plan of making it a world class research institution.

To that end, he said, the Alumni Council had developed its own strategic plan towards complementing that of the University to achieve the mission and vision of its core values.

For instance, he said, members of the University’s alumni contributed one per cent of their salaries over a period of three years towards the refurbishment of the Halls of residence to resolve the perennial student accommodation challenge.

Other projects the Alumni had supported, included the beautification of the campus, refurbishment of the Eye Centre of the University Hospital and establishment of an endowment fund to raise $100,000 to support the addressing the infrastructural needs.