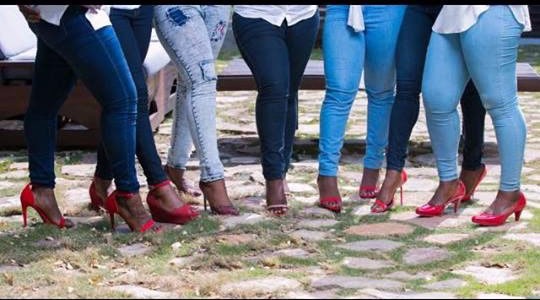 Call it a struggle for ideological preferences or a battle for dominance, these two emerging gender advocacy groups have taken over Ghanaian social media, leading discussions on issues of gender roles and gender stereotypes in society. The first to emerge is a group of young women and their male allies who believe that the key to advocating for feminist ideals and equality in society should be built around what they describe as ‘unlearning toxic narratives’ nurtured and propagated by society. This group
later came to be known on social media as Pepper Dem Ministries. They employ unpopular strategies and defy societal norms to demand equality of the sexes. They are radical in their approach with a desire to break away from conforming to gender labels which do not favor the female population.

But why the name ‘Pepper Dem’, and who exactly is being ‘peppered’?
According to Pepper Dem Ministries, they engage in discussions which are uncomfortable in our socio-cultural space which can make people ‘shift in their seats’. For Pepper Dem Ministries and their peculiar advocacy approach which a cross section of Ghanaians find confrontational, winning the fight for feminism and achieving an egalitarian society begins with dissociating the gender roles that society ‘prescribes’
for both men and women. The part of the argument which some find absurd especially on Facebook is centered around switching situations typically associated with men to women and vice versa. For instance, the Facebook post below by Efe Plange, a founding member of Pepper Dem Ministries got most people talking and gasping in disbelief and near confusion.
“My boyfriend came to sleep over last night. Second time in a row I’ve had to prompt him to dress the bed we both laid on before doing so. And this one too will be there praying I marry him? I will ‘use’ him and find a more ‘marriageable’ man when I’m ready. Who at all is raising these boys these days?
#PepperDemMinistries #UnlearningToxicNarratives #FlippingTheScript.”

Surprised, Impressed or disgusted, this is the Pepper Dem approach. Obviously a battle to flip the script. Of course like many others, the above post has a twist of sarcasm to it, and is apparently one of the few which seek to draw attention to how perceptions are skewed around particular sexes, mostly believed to favor men. It is therefore not surprising that arguments of this nature have extended beyond social media to offices, homes and public places, and one can only imagine the diversity of conversations especially since the subject of gender roles are not readily discussed and are assumed to come by default.

Let’s delve into Pamper Dem Ministries , the alternative force to the aforementioned group. According to them, their first mandate is to foster a deeper sense of awareness of how powerful we are in love than in hate or resentment. Realistically comparing this mandate to the position taken by some against the Pepper Dem Ministries on social media, this mandate sounds like a deliberate counter to the ‘pepperdem strategy ‘ which some people think preaches hatred between men and women. This comes even
though Pepper Dem Ministries has stated that their position is not one of gender competition. Pamper Dem for instance believes that if you treat a man like a king,he will treat you like a queen and vice versa. Literally going by the left washes right, right washes left theory.
Simply put, pamper a man and he will pamper you equally. 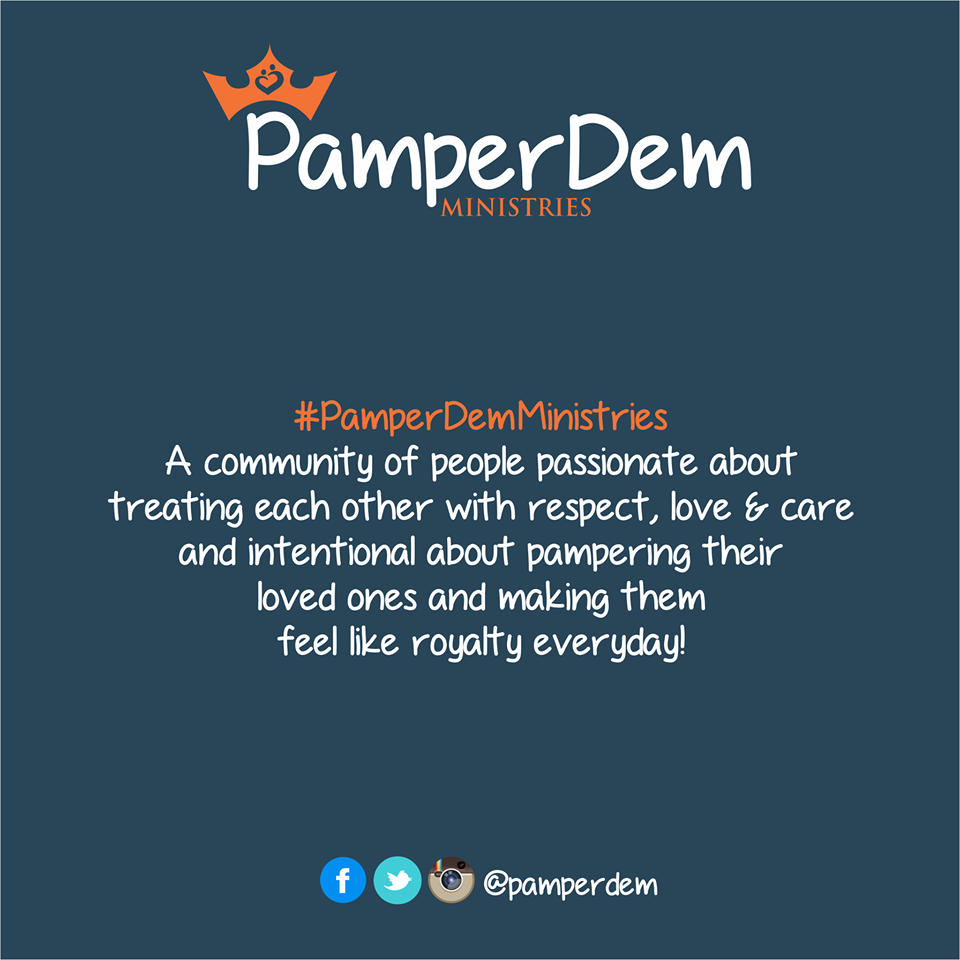 But really, who wins the gender war on social media? Pepper Dem or Pamper Dem? Should we ‘pepper’ society into working on gender imbalances or we should pamper them, maintain the status quo and be at peace with ourselves? Arguments established by followers of both groups are giving the battle for dominance an even deeper meaning and this brings to light the essence of public discussions on a topic often trivialized and avoided by society.

But what do these two groups have in common?
Both are gaining popularity on social media. The Pepper Dem Ministries Facebook page in a little over a month has a following of over 3,500 while Pamper Dem Ministries has over 2,500 followers in almost two weeks. If Pamper Dem Ministries can get this current number of followers in about two weeks, then it means the group could get close to the number of followers Pepper Dem Ministries is recording currently in a month. It is not a competition of numbers, but the numbers are an indication of the populations which are constantly imbibing the messages churned out by these groups. Both groups have taken their advocacy to the next level, creating websites, granting mainstream media interviews and organizing meet-ups to further strengthen their networks.

It is important to note that these two groups have similar mandate in their calls for equality, but the crux of the conversation revolves around which of the approaches is relevant in this time and age.

Despite all the positions and criticisms, what is of prime significance is the ability to solve societal inequalities, promote the rights of women and prevent gender stereotypes, thereby providing a space for both genders to live in peace and tranquility. We are fortunate to live a a society where gender discussions are taking stage. This is important
to help us appreciate and complement each other for a better society. Whichever one you believe in, issues of gender and feminism are issues of social change and development.

So are you peppering or pampering? Let us hear from you!
#PepperthemvrsPamperdem #whowins