Physics Is Cool and a Girl Can Do It Too 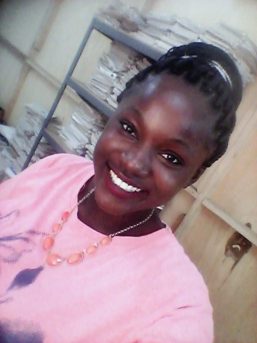 In September 2012; I found out that I had gained admission both at the Kwame Nkrumah University of Science and Technology and the University of Ghana to read the same course, Physics.

Initially, I was scared because I remembered how Senior High School physics was difficult, so I kept contemplating whether to wait and reapply the next year or write an international exam and apply for a university abroad. Everyone at home including my friends were worried because they had also heard of how difficult physics is. Their worries only made matters worse.

Later, my mind was made up. I decided to read Physics at the University of Ghana because I felt it presented a challenge to me. I also felt it was a way to prove to myself that I am good enough to read such a course; this is because I really doubted myself.

I went to school and after the admission process was completed, I settled down. One thing I noticed was people’s reaction whenever I said I was reading physics. Some had an incredulous look, others had a worried look and others give me a look of respect. People’s reactions I observed, were varied based on their level of education.

In level 100, the courses in physics I undertook were similar to those I studied in physics at Senior High School, so it was quite understandable and easy to grasp. Mechanics and Thermal physics had to do with motion in one dimension including vectors and how to determine velocity, acceleration, and displacement of objects. There was also thermodynamics in this course which was about heat and temperature.

Another course I studied was Electricity and Magnetism. As the name depicts, the course talked about everything concerning electricity, how charges are formed, what constitutes the flow of electricity and how magnetism can be used to induce current. I called these two courses class one physics because they were simple to understand.

The challenges started right about level 200; I went deeper into physics. This time around, I did four courses in physics and it was at that time that I really experienced the difficulty I had heard people talk about. The courses were weightier with a more mathematical approach and were not simple to understand.

One particular course which gave me the perception that physics was about to get really difficult was Mathematical Methods. It was purely maths and had so much maths in it that my head was always aching after class. It was good nonetheless because it added to my mathematical acumen at the end of the day.

As I progressed higher in physics, it became easier. Some courses I really enjoyed included Energy Systems, which has to do with how energy is produced from materials in our environment (be it water, wind, the sun or anything at all). Another course that really made me see this world differently was Particle physics; it entails the particles that make up the universe. We all know from primary school that the basic particles that make up an atom is proton, neutron and electron. But do you know that these three particles are made up of sub-particles called quarks, and if these quarks are accelerated past the speed of light can produce so much energy to last us many years?

Another course I really loved was Electronics. It helped me understand how electronic gadgets work and how they are built. There were complex courses that I was not really a fan of, such as Quantum physics and Astrophysics. Quantum physics talked about light and its dual nature to act as a particle and a wave. It helped me understand how x rays are produced.

Astrophysics has to do with our universe and the stars and galaxies that make up our universe. I called these two courses crazy physics but they were interesting nonetheless.

In a nutshell, I am glad I decided to read physics. It has made me a very good mathematician and an analytical thinker.