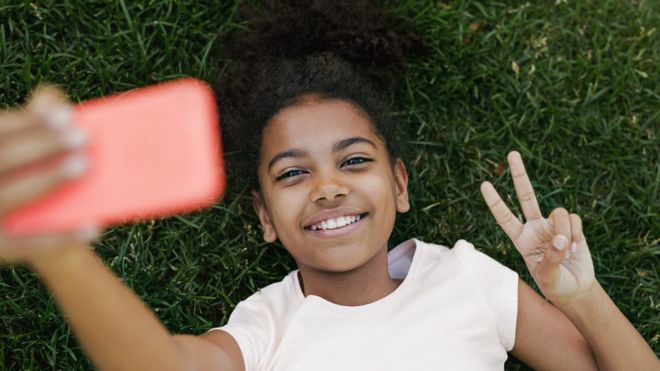 Medical experts have been told to draw up advice on the maximum amount of time young people should spend on social media.

In an interview, the UK health secretary and father-of-three, Matt Hancock said he was “very worried” about the impact on children’s mental health.

He said he hoped the guidelines would become the “norm”, like the recommended maximum alcohol consumption for adults.

England’s chief medical officer has been asked to put together the advice.

Mr Hancock told the Observer: “I am, as a father, very worried about the growing evidence of the impact of social media on children’s mental health.

“Unrestricted use (of social media) by younger children risks being very damaging to their mental health.

“So I have asked the chief medical officer to bring forward formal guidance on its use by children.”

“As a parent, you want to be able to say, ‘The rules say you shouldn’t use social media for more than a certain period of time,'” he said.

Earlier this year, the former culture secretary became the first MP to launch his own smartphone app, where fans and constituents can discuss community issues.

He criticized Facebook and Instagram for not enforcing their rules on age limits and asked Dame Sally Davies, England’s chief medical officer, to bring forward guidance on the minimum ages for users of different sites.

And NHS England said it was right to highlight social media’s role in a rise in young people’s mental health issues.

But the Centre for Mental Health charity has said that debate around social media and mental health is “polarised and often lacking in evidence”.

“Blaming social media for mental health difficulties with many complex causes simply alienates the young people whose lives are being debated and social media companies who could do more to help young people to thrive,” chief executive Sarah Hughes said.

0 responses on "Push for Social Media Guidelines for Young People"