RAPE AND LESBIANISM; WHICH ONE DID I CHOOSE? 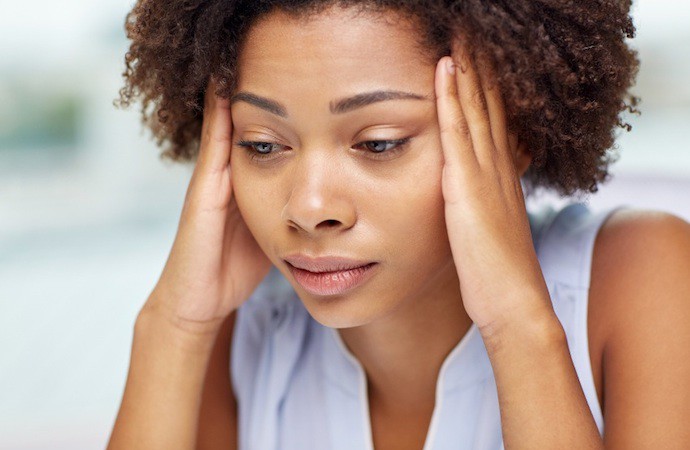 It was 3.30 am and I felt someone spreading my legs apart as I was fast asleep. I woke up immediately but was scared to open my eyes, for a fear I cannot explain. I was 10, Ignorant and terrified. My heart kept racing fast as I wondered who was possibly touching me in the middle of the night. My mum was on the night shift and she invited Uncle Yaw, her younger brother to spend the night with me, and protect me while she was away. But apparently, it was Yaw who was spreading my legs apart and now pulling down my panties.

For some reason, mummy always made me sleep on a blanket on the floor, while Yaw would spend the night in the bed (how ironic) anytime she left for work at night. Nonetheless, this time Yaw left the bed and was sharing my little space on the blanket with me. As my heart kept pounding, I felt his legs spread over my tiny body, and suddenly felt something hard inside me. He was having sex with me. I felt vulnerable, harassed and abused, but I could neither scream nor cry. I just lay out of fear as he did what he wanted with my body, with nobody to rescue me.

As the minutes went by, he lifted me up and walked away from my sleeping area. Suddenly, I felt him carefully put me on the bed. I suppose it wasn’t too pleasurable for him on the blanket, so he chose to continue in my mum’s soft cosy bed. My legs spread open again, Yaw continued.  I cannot tell how long he used me to satisfy his sexual pleasure, I just woke up and it was morning.

When mom got back home in the morning, I was tight lipped. I was scared and did not know what to say or where to start from. I was moody, scared to get close to Yaw and spoke but just a few words to anybody.  I was scared but I knew I had to say something. The thought of what could happen again that night freaked me out. I walked up to my mum with a trembling body and a shaky voice and told her what happened.

As expected, Yaw did not keep me company that night. My mum invited a neighbour’s daughter to take care of me. As expected again, nothing happened to Yaw. He walked away a free man. Now I’m 29 and I worry about the number of children who have suffered or are suffering in the hands of cruel men like Yaw.

Growing up, I heard people say all men are the same and I believed this to the bone because of my encounter with Yaw. I would ignore the boys in my class as if they were some demons. At a point I hated my own brother Nii. I would run away and hide at the backyard anytime our parents were not home. I lost trust for him even though he gave me no reason to do so. I withdrew from my male cousins and did not like visiting just because I would meet some male cousins.

There is no doubt that I put in my best in the BECE to get my first-choice school (a girls school). Secondary school however was the turning point for me. My school mother was Girls’ Prefect and I was excited to have all the privileges that came alongside being close to the Girls’ Prefect. Three weeks into school, I was excited since I was spared the punishment new students endured. However, one Saturday after entertainment, I wanted to give up all those privileges and be in the general dormitory just like the other students.

After all the fun at the Entertainment Hall, I retired to bed, but the worst was yet to come. About five minutes later, I felt a hand slipping into my night gown. I freaked out and woke up immediately, only to see Sister Janet, my school mother standing naked  next to my bed.  This moment shattered my life. She told me it was alright, and said women were meant to be there for each other, adding, ‘all men are the same’. I was perplexed with mixed feelings of how to respond. She succeeded. She convinced me to do the unthinkable!

For a year before my school mother completed school, I was her sexual partner. There were times I felt fed up, but on other occasions, mostly at dawn, I initiated our sexual encounter. Even at a point when some of the students suspected us, my school mother was unperturbed. As for me, she kept showering me with lots of presents every now and then, which kind of made me immune to what anybody thought about me.

It has been over ten years since I finished secondary school and I still cannot do away with regrets of my actions. I am fortunate to be among the few who have been able to walk away from lesbianism. At least my first boyfriend Joel (now my husband) walked me out of it. Joel and I went through lots of difficulty during our dating period, especially since the day we bumped into Sister Janet (my school mother) at a pub.   Sis Janet wanted me back and I was not interested at the beginning, but she tried so hard to separate Joel and I, until Joel bumped into us having sex in his couch (a story I will tell another day). He broke up with me, and I was broken. He came back for reasons best known to him and we reunited after he listened to me, cried and prayed with me.

We are happily married with three beautiful girls. Now I feel I have a huge responsibility to raise these girls not to be like me. But if I had to choose between rape and being lesbian, I wouldn’t choose any at all, even if there was a knife held to my throat.

2 responses on "RAPE AND LESBIANISM; WHICH ONE DID I CHOOSE?"