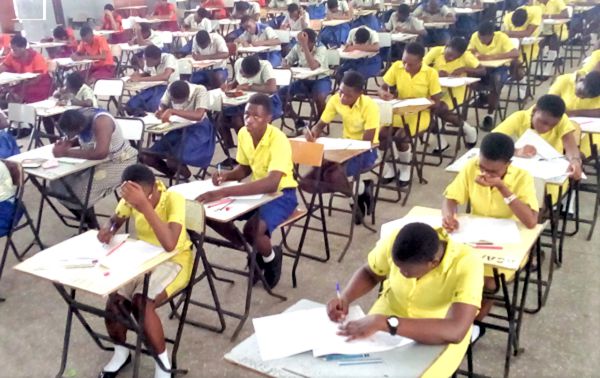 Following the move by the Ghana Education Service (GES) to review and reduce the number of subjects studied in schools from the 2019-2020 academic year, some basic schoolchildren have expressed support for the revision.

They said the decision was a step in the right direction as it would enable the students to focus on a few key subjects rather than study many subjects.

The Ministry of Education has tasked the National Council for Curriculum and Assessment to review the number of subjects currently being studied at the basic educational level with a view to reducing them.

The rationale behind the reduction of the subjects is to ensure that children study fewer key subjects and then build upon them as they climb the academic ladder.

“The current number of subjects we have now puts so much burden on students because we have to learn a little of everything and that makes it difficult to study certain subjects in detail,” she explained.

Miss Beatrice Andoh of the Odukpong Kpehe Basic School, who also supported the idea of reducing the number of subjects, suggested that Information and Communications Technology (ICT) should be added to the four core subjects to make the total number of subjects five instead of nine.

She said ICT was currently driving the world, so it was important for students to study the subjects very well so that no Ghanaian child would be left out of the ICT revolution.

“I wish the subjects would be reduced to only English, Maths, Science, Social Studies and ICT, as I believe studying these subjects are enough for children at the basic level,” she said.

Master Joseph Tetteh, a first-year senior high school (SHS) student of the Wesley Grammar School, noted that the stress that students went through a few months to the Basic Education Certificate Examination (BECE) was unbearable due to the many subjects they studied.

“The teachers would compel you to learn all the subjects because they want you to pass.

You can’t even sleep well because you would be thinking about the examination,” he said.

Miss Janet Ansah of the Ngleshie Amanfro SHS said in JHS One and Two, students could be made to learn all the nine subjects and then when they got to Form Three they should concentrate on the core subjects, which should be used for the BECE.

“We can learn other things but in Form Three we should only focus on the four core subjects and then continue from there when we get to SHS,” she added.

Master Charles Mensah of the AME Zion School in Accra said it was good that the subjects would be reduced but cautioned that those that would be studied should not be loaded as that would amount to the same problem.

“We can have overloaded syllabi when the subjects are reduced, so let us be mindful of that,” he said.

The Headteacher of the Awudome Three JHS, Mrs Agnes Rose Dinsey, however, said the reduction in the number of subjects at the basic level could make the students narrow-minded since they would lose out on studying subject areas which could have made them broad-minded.

Basic schools study between eight and nine subjects depending on the availability of facilities and teachers.

1 responses on "Reduction of Basic School Subjects in Order - Students"