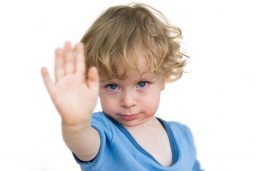 Afi was on her way to the cafeteria when she met her friends Leona and Benedicta. They said to her, ‘we are skipping the last lecture. The weather is sunny enough to have a good dive’. Are you in? Afi enjoyed spending time with her friends and it was going to be an awesome experience at the pool but she also knew how disappointed her parents and teachers will be if she was caught leaving school before time. Afi decided not to follow her friends on this escapade. Leona said to her that she was crazy and a ‘fearo’ for refusing to go on this adventure with them because they were going to be back in time to be picked up by the time school closes.

Like Afi, students experience doubts when they have to choose between making the right decision and following their friends to look cool. Students feel obligated to do what their friends want or what will make them accepted in a group even if they know how wrong it is or the consequence of their actions.

Teens commonly go through this kind of conflict when facing decisions. Decisions are usually influenced by some pressures and adults or teachers, should be able to help teens understand and manage these pressures. There are two kinds of pressures – The internal and the External.

The internal has to do with the things that come from within. i.e. what one needs, what one values. External pressure comes from the media, family and peers. External pressure is on the increase because very few teens know what they want/need and how to get there. They allow the external forces to define their values. Peer pressure for example is strong because teens are sensitive to the opinions of their peers and this is because at that age, they are still working on their own personal identities; they don’t have a good understanding of who they are yet.

These are some Basic Refusal Skills that teachers can teach their students.