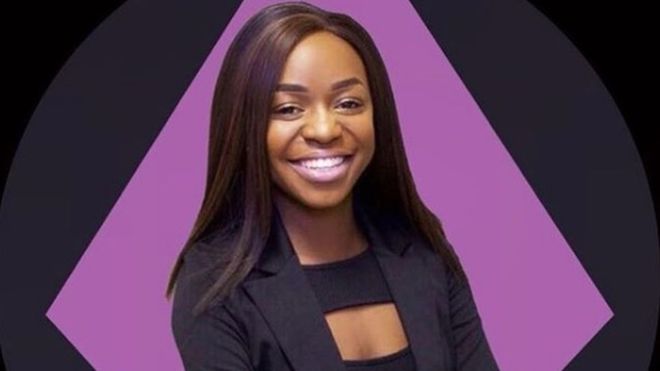 The death of a law student and anti-rape activist in South Africa, whose funeral is being held on Thursday, has brought the simmering issue of campus rape back to the forefront.

Khensani Maseko, 23, took her own life last week after writing a post on Instagram: “No-one deserves to be raped!”

Days earlier the third year student had reported to the authorities at Rhodes University in Grahamstown that she was allegedly raped by a fellow student in May.

“The university immediately made contact with her family [after the alleged rape was reported] and they travelled the next day from Johannesburg to Grahamstown for a meeting where they elected to take Khensani home for a while,” Rhodes University said in a statement.

The institution said a decision to suspend the alleged perpetrator was made on Monday, three days after Ms Maseko died.

‘She stood up for women’

Her passing left students reeling with grief and anger. The school suspended academic activities on campus for two days after student representatives called for a “campus shutdown” to honour her.

“The world has lost a jewel. It lost someone who really stood up for women,” her friend Florence Bagonza, who now lives in Uganda, told the BBC.

“There is something about Khensani that let her stand out. She was confident and when she spoke you could feel her power,” she said, adding that they had met in 2016 at a student-organised event called “Women of Influence”.

Others agreed she was an active member of student body, juggling various roles as she completed her law degree.

In 2016, she was elected into the university’s Student Representative Council (SRF) and was a member of the Economic Freedom Fighters (EEF) party student group. 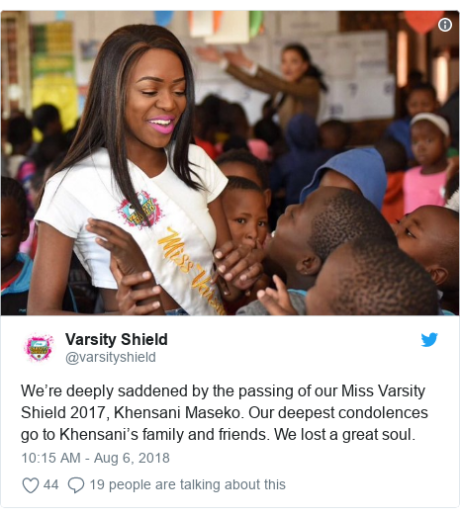 After winning the 2017/18 title, Ms Maseko expressed her excitement about the academic year ahead.