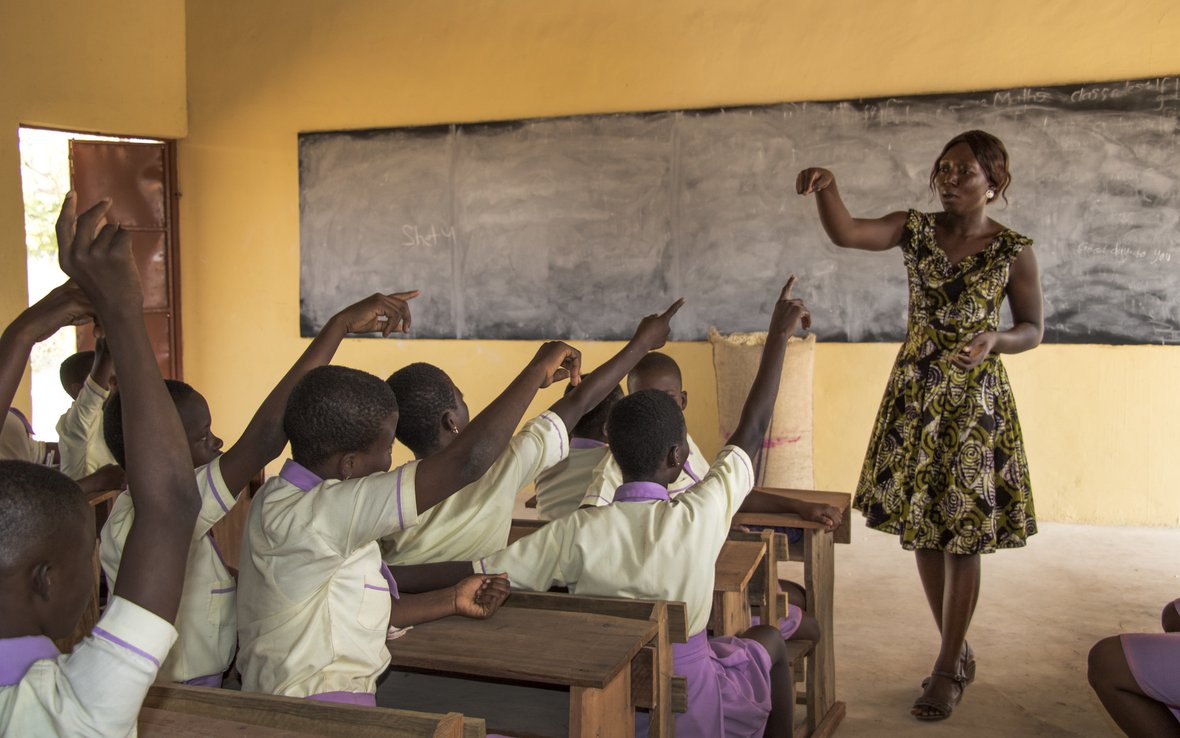 According to UNESCO, over the past 10 days, the number of students affected by school and university closures in 138 countries has nearly quadrupled to 1.37 billion, representing more than 3 out of 4 children and youth worldwide. Also, nearly 60.2 million teachers are no longer in the classroom.

UNESCO on Monday convened an online meeting of an ad hoc group of education ministers who shared information about scaled-up measures deployed in their countries to support teachers, parents and students in coping with home learning as school closures impact nearly 80% of the world’s student population.

They also pointed to emerging challenges that require global cooperation.

Opening the meeting, UNESCO Director-General Audrey Azoulay stressed that the “the responsibility to act is a collective one,” and announced the forthcoming establishment of a Global Covid-19 Education Coalition to further mobilize the expertise of multiple partners and strengthen support to national educational responses.

While the focus during the early days of school closures was on deploying distance learning solutions, the spotlight has shifted to supporting teachers and families. “More than ever, learners need to be accompanied as much academically as emotionally,” said Stefania Giannini, UNESCO’s Assistant Director-General for Education. “This is a wake-up call for education systems to place dedicated efforts on socio-emotional skills – empathy and solidarity,” she said.

“We cannot replace the presence of teachers and pedagogical relationships, but we have no choice and must do our best to support principals, teachers, parents and learners while ensuring their safety,” said Italian Education Minister Lucia Azzolina. “We are using social media tools to keep alive the relationship between teachers and students, and keep up their motivation.”

Costa Rica is using social networks to relay daily reading plans for students and parents and challenge students to develop campaigns to contain the spread of the pandemic. Iranian Minister of Education Mohsen Haji Mirzaie described a “new triangle of learning connecting teachers, parents and students” via virtual classrooms supported by social networks.

In addition to virtual platforms, all countries are using public television to provide courses for students of all ages as well as training to teachers. “Only 60% of students have internet so we had to provide a mix of distance education with open TV to reach everyone,” said Mexico’s Minister, Esteban Moctezuma Barragán, who added that his country is also exploring strategies to reach children with special needs.

While the duration of school closures remains uncertain, countries are concentrating efforts on empowering teachers. “We are very focused on giving teachers responsible for the process of learning and offering virtual learning courses,” said Costa Rica’s Vice Minister Melania Brenes.

Croatia’s Minister of Science and Education Blaženka Divjak shared her country’s approach which first prioritized tailor-made contents for teachers and is now increasing support to help them develop learning materials independently, take ownership of the process, and feel secure in a digital environment.

Peru translated contents into 10 indigenous languages and developed materials on the socio-emotional aspects of education to help learners deal with isolation.

Nigeria’s Education Minister Adamu Adamu called for a national upscaling of UNESCO’s “School Meets Learner” programme, which uses technology to reach out of school girls and women in the northeastern part of the country.

The sudden generalization of distance learning is bringing new challenges to the forefront. Egypt’s Minister Tarek Shawki urged action around the governance of “the digital ocean of materials that are not accredited by the Ministry or any credible institutions.”

France’s Education Minister Jean-Michel Blanquer stressed the need for global collaboration around the appropriate regulation of digital learning providers to ensure adherence to rules on the collection, management and use of data, especially the personal data of children and youth.

Meanwhile, several ministers highlighted that the current crisis is also ushering in new thinking around the practice of education.

“We have made more progress with digital and distance learning in the past 10 days than in the past ten years. Without a doubt this crisis will change the way we think about the provision of education in the future,” said Egypt’s Minister Tarek Shawki, while France’s Minister underlined the impact of new approaches and mindsets. “Education is a key answer to the crisis and the rebuilding of our societies after.”

Minister Koichi Haguida from Japan noted that school closures had improved national mechanisms to protect children. While maintaining a high level of caution, he said the country plans to open schools next month for the new academic year and is closely liaising with health experts on the process.

Providing a global update on the pandemic that now affects 200 countries, Khassoum Diallo from the World Health Organization underlined that preparedness has to be strengthened in all countries, stressing the need for