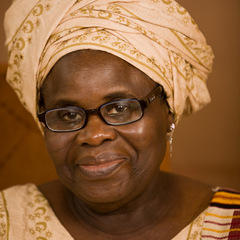 Minister of Education under the former Provisional National Defense Council (PNDC), Professor Ama Ata Aidoo has called for the scrapping of the boarding component in state-assisted senior high schools (SHSs).

The educationist said, “Ghana has never been able to afford boarding as a major component of its state-owned education system; we cannot afford it, and not wanting to admit this puts us in some danger. According to her, since state-owned education was introduced over a 1,000 years ago in some countries, no nation on earth has considered boarding as a necessary component of it.“That fact covers the most populous, the richest, and the most powerful nations on our planet, like China, Japan, US, and Russia (former USSR). In those countries and almost everywhere else, secondary education covers between 90% and 95% of the population; it is day, and it is free.

“Apart from the confusion they have created around the issue by calling boarding secondaries ‘public schools’ while they run them as private institutions, the British, who introduced the model to us, never attempted to use it for their state-owned system.
“Even for us, the British had meant boarding as a temporary measure to create a local nucleus to help them run the Gold Coast as a colonial space,” she added.

The professor noted that it is quite unfortunate that after independence, the country not only kept boarding as part of the national educational system, but also allowed it to expand to its current unmanageable levels.
“We can be bold enough to say that until the current government rolled out the free SHS programme, state assistance covered less than 30% of Ghana children. The remaining 70% or so were just abandoned in the rural and urban poor areas.

“It was reckless of this country’s professional and mercantile elite to insist that the Ghanaian state undertook to board and feed their children when they are most ably placed to take care of the physical needs of their children.
“It is also to be noted that at this stage in their lives, young people eat like rabbits. That was the original African state capture!

“In some or most of the co-ed institutions, the girls are shared among the headmasters and the male teaching staff as special stables for their own private use” the educationist said.
Prof Ama Ata Aidoo observed that over the last several weeks, Dr Anthony Nsiah Asare, Director-General of the Ghana Health Service GHS), has been struggling to get Ghanaians to see that the boarding schools are now also sites that threaten the health of students.

According to her, in any group of healthy boys and girls, the SHS years are about personal biology and the exploration of different sexualities, especially where the environment is encouraging.
“So boarding schools have always been spaces for the growth of homosexuality. It is to be noted that I’m not against any sexual preferences, because I don’t consider myself competent or knowledgeable enough to judge.
“But it is evident of the most dangerous form of hypocrisy to insist that being gay is evil, irreligious, untraditional, etc., while at the same time, we worship boarding schools as the only spaces where we can get our own and other people’s children educated properly. Worse, we try and hold all our governments, past and present, to ransom over this issue.
“What kind of people are we?

“Against this background, the idea that some religious bodies have been in conversation with governments about the possibility of taking back the management of their former missionary schools is the most confused, impracticable, backward-looking notion to enter the debate,” Prof Ama Ata Aidoo explained.