She fought cancer and left a legacy- Nicole Wesoamo Pwamang 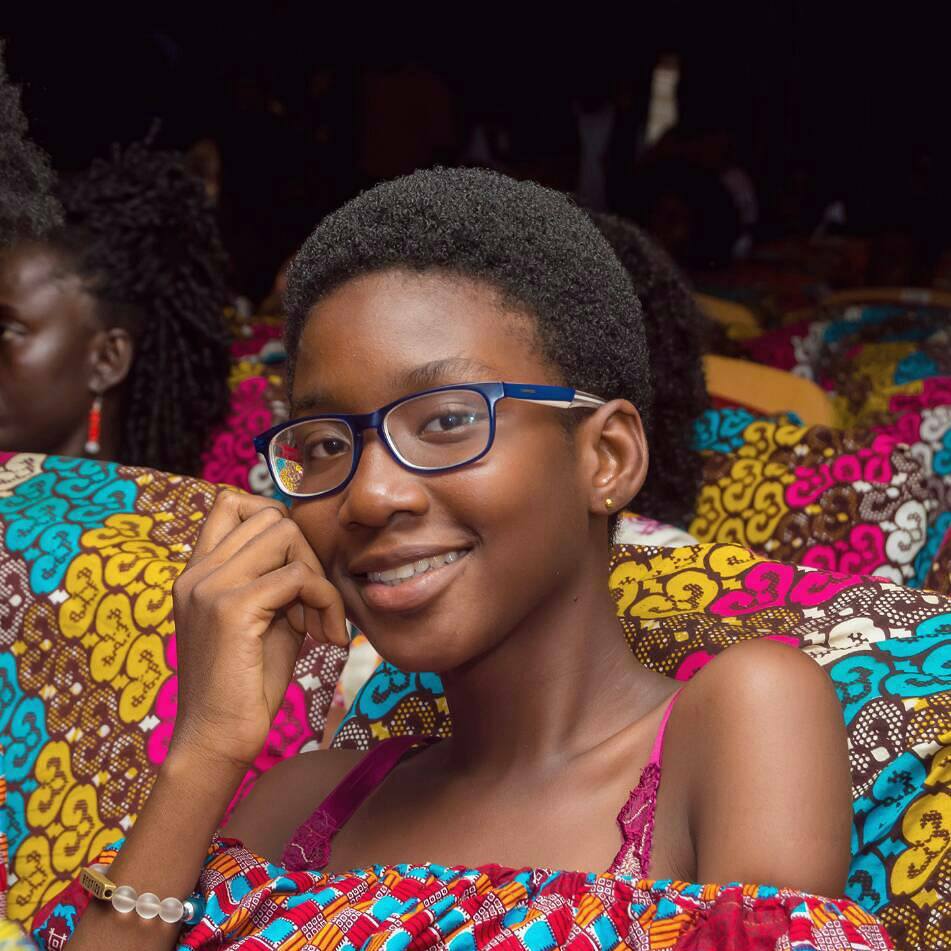 Few children can bear the pain of a condition they cannot even spell. Something they have never heard before and can never be too prepared for.

Nicole Wesoamo Pwamang was one of the few strong ones. She died when she was at a peak of making a change. Her battle with cancer left her keen to never see another child go through the pain she endured.

She was only an innocent school girl, a teenager who had to only care about school, but instead, she started Wesoamo Child Cancer Foundation after realizing the need to address some loopholes in our health system by helping to address the issue of childhood cancer.

What started as a thigh ache ended as Osteosarcoma, a type of cancer in the bones.

Launching her foundation on the Standpoint TV show in 2016, Nichole shared the story of how she battled cancer for almost a year in India, missing school, her family and her normal life. At the initial stages of Nichole’s condition, she was told it was an infection, and after a biopsy, she was told it was a tumor. At the time, she had no idea it was cancer.

Later, she was diagnosed with osteosarcoma. Unable to have the surgery done here in Ghana, her family took her to India where she went through months of painful tests, chemotherapy, surgeries, radiation, physiotherapy and other medical procedures to cure her of the cancer.

Thankfully, after all those months, Nichole was cured of cancer.

After her experience, she dedicated her time to research and raise funds through her foundation to support children with cancer. She was writing a book and working on a blog to share her story with the world.

That is who Nicole was. She pushed through her condition to help find solutions for children like her who have various forms of cancer.

She was also trying to find answers to why most African countries do not have a PET scan (PET stands for Positron Emission Tomography. This type of scan can show how body tissues are working, as well as what they look like and is used to test for cancer). She was passionate about raising funds to help acquire a PET scan for Ghana.

According to Nicole, childhood cancer needs to be talked about in order to create the needed awareness. It was her dream to be able to sponsor children who need cancer treatment due to how expensive treatment for cancer is.

Today, we celebrate Nicole. She may not have been widely known, but she lived a great life which inspired both young and old. Nichole was a beautiful, intelligent and well-spoken girl, and was in her first year at the Akosombo International Senior High School.

Childhood cancer is real and everybody must be involved to help care and support children diagnosed with cancer, and other diseases.

A message on her foundation’s Facebook page announced her demise on 20th March, 2018. She will be buried on 6th April, 2018 in Tema. 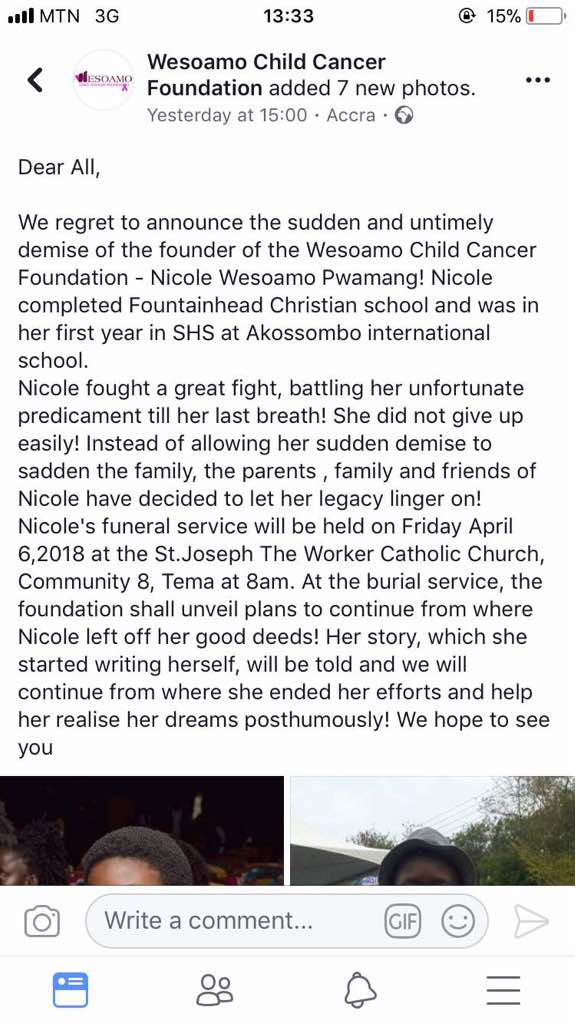 Her family and those of us who admired her work will forever miss her.