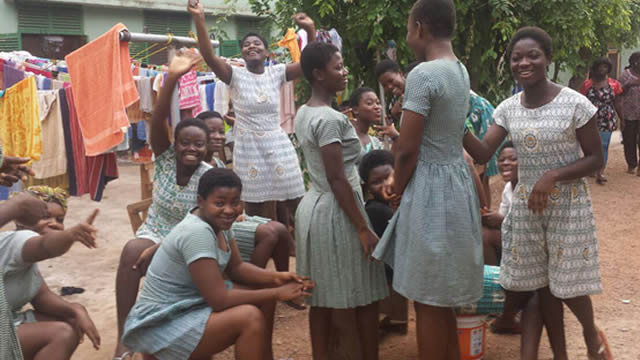 The Ghana Education Service (GES) has released the timetable for the double track and continuing students in senior high schools for the 2018/19 academic year.

The first semester for single track first-year students and second and third-year students will end on December 21, 2018.
They will be on vacation from December 22, 2018 to February 28, 2019.

In an interview yesterday, the newly appointed Acting Deputy Director-General of the GES in charge of Quality and Access, Dr Kwabena Bempah Tandoh, however, explained that the vacation for third-year students would be from December 22, 2018 to January 4, 2019.

He explained that third-year students had to return to school earlier than the rest to begin their second semester because they would write the West African Senior School Certificate Examination (WASSCE) and, therefore, needed more time to study.
He said third-year students would begin the second semester from January 5, 2019 until June 1, 2019 to complete their WASSCE.

Dr Tandoh said the second semester for single-track first-year and second-year students would begin from March 1, 2019 to July 5, 2019.

Throwing more light on the calendar under the double-track system, Dr Tandoh explained that first-year students under the green track would be on vacation from November 8, 2018 to January 4, 2019.

He explained that that track of students would resume school to continue their first semester on January 5, 2019 and end the semester on February 28, 2019 and continue with their second semester until May 10, 2019.

Dr Tandoh explained that the Green Track would go for another vacation from May 11 to June 14, 2019 and return on June 15, 2019 to continue their second semester until August 15, 2019 when the second semester would end.

“They will then have August 16 to September 6, 2019 as their vacation, before beginning the first semester of the second year,” he explained.

For Gold-Track students, Dr Tandoh said they would begin their first semester on November 10, 2018 until February 28, 2019 when the semester would have ended.

“But, before then, they will have a Christmas break from December 22, 2018 to January 4, 2019, which will then be their mid-semester,” he further explained.

Dr Tandoh explained that students on the Gold Track would resume until February 28, 2019 when the first semester would have ended and vacation would begin from March 1 until May 10, 2019.