Study finds that teens are ‘not damaged by screen time’ 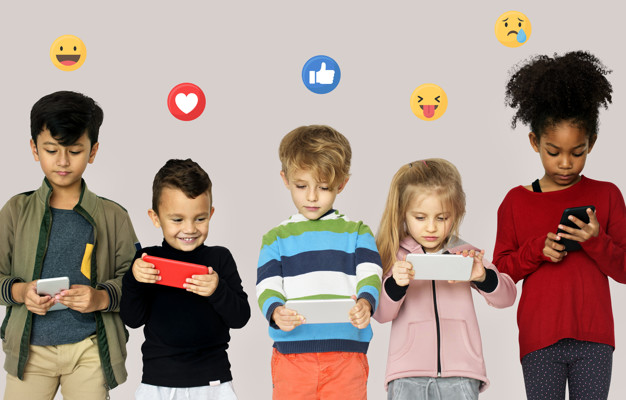 According to a study, screen time does not cause damage to teens. It suggests that there is little evidence of a link between the amount of time teenagers spend on devices and their general wellbeing.

The study counters claims that teenagers’ mental and physical health could be damaged by excessive screen time.

Even just before bedtime, being online, gaming or watching TV is not damaging to young people’s mental health, study authors said.

They questioned the methodology of previous studies.

“While psychological science can be a powerful tool for understanding the link between screen use and adolescent wellbeing, it still routinely fails to supply stakeholders and the public with high-quality, transparent and objective investigations into growing concerns about digital technologies,” said Professor Andrew Przybylski, Director of Research at the Oxford Internet Institute (OII) and co-author of the study.

The Oxford University study used data from three countries – the UK, US and Ireland – and 17,000 adolescents, and used both self-reporting and time-diary techniques (which ask teens to record what they are doing at specific times of day).

This data was not collected by the authors but culled from previous studies, dated between 2011 and 2016.

The authors said that often relying on self-reporting alone, as some previous studies have done, is dangerous because heavy users often under-estimate and infrequent users over-estimate the amount of time they spent online on any given day.

Co-author Amy Orben said it was important that studies were robust and asked the right questions: “Because technologies are embedded in our social and professional lives, research concerning digital screen use and its effects on adolescent wellbeing is under increasing scrutiny,”

Studies which have found links between screen time and health:

Earlier this year, the Royal College of Paediatrics and Child Health (RCPCH) reached a similar conclusion to the Oxford University study, but did suggest parents tell their children to put down their devices in the hour before they go to bed.

Dr Max Davie, from RCPCH, said of the new study: “The controversy around screen use and adolescent wellbeing has always suffered from an excess of opinion relative to data, and this paper helps to correct this,

“The analysis is robust and suggests an overall population effect too small to warrant consideration as a public health problem. They also question the widely held belief that screens before bedtime are especially bad for mental health.

“However, none of this is intended to suggest that screen time cannot become excessive in individual cases, and we would still suggest that families follow our guidance published earlier this year. We continue, for now, to recommend that screens be avoided for one hour before bed since there are other reasons beside mental health for children to need a good night’s sleep.”

But others felt the study did not go far enough.

Dr Bernadka Dubicka, chair of the child and adolescent faculty at the Royal College of Psychiatrists, said: “Although this is a well conducted study involving a large data set, the conclusions can only be limited.

“The study looks at how long children spend looking at screens but not at what harmful content they might see. We know that screen time is not the main driver of mental illness, but dangerous online content can have an enormous impact on young people and their mental health.

“As a frontline clinician, I regularly see young people who have deliberately hurt themselves after discussing self-harm techniques on social media. Urgent research is needed to explore the complex relationship between online content and young people, with particular attention given to the most vulnerable.”

The findings come ahead of a government White Paper, due on Monday, which looks at how social media firms should deal with a range of dangerous content – from terrorist propaganda, to child sexual abuse imagery, to the promotion of suicide and self-harm, cyber-bullying and harassment.