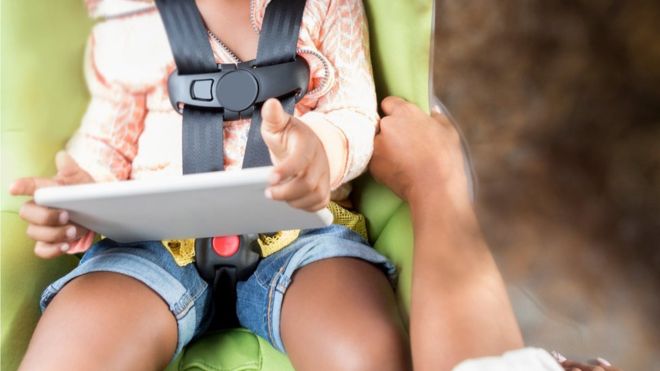 The death of a girl hit by a tablet computer in a car accident has raised concerns about the safety of using such devices in moving vehicles.

The three-year-old was killed after her mother’s car collided with the back of a school bus in Spain on Monday.

Local reports indicate the girl was strapped into an Isofix-anchored child seat but the impact caused the tablet to fly into her face.

Road safety organizations have stressed that the tragedy was highly unusual.

The accident occurred in Vilanova de Arousa, a town in the north-west of Spain.

The child has not been named but is reported to be the granddaughter of a well-known local businessman.

Although the cause of death has yet to be confirmed, the police have said that the unsecured tablet had appeared to have caused severe head injuries.

The girl’s 26-year-old mother and a student on the bus were said to have been treated for minor injuries.

“This is a tragic accident, which will send a shudder down the spine of every parent who lets their child use a tablet or smartphone as entertainment on any car journey,” the RAC’s road safety expert Pete Williams told the BBC.

“We have not heard of any similar incidents but it is important to realize that in a high-speed accident any hard object which is not strapped down inside a vehicle has the potential to become a lethal projectile.”

Tablets and other electronic devices are commonly used by parents to keep their children occupied during car journeys.

Equipment exists to lock them to the back of the seat in front of the child. But this can prevent youngsters from being able to reach the screen, making it a more passive experience. 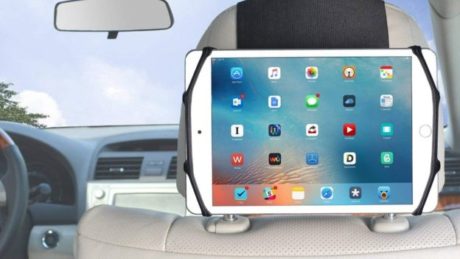 Devices must be strapped for safety

“There are products that can be used to strap devices to the seat on front, which parents can use to reduce the risk that unsecured objects can pose,” said Edmund King, the Automobile Association’s president.

“However, we are not aware of any similar cases and this does appear to be a freak incident.”

The Royal Society for the Prevention of Accidents said parents should not rush to ban electronic devices from vehicles since noisy, bored children posed risks of their own.

“Any unsecured object within a vehicle has the potential to become a projectile and injure someone in a crash, and parents should be aware of this, but at the same time it may be more dangerous to have an unentertained child in the back of a car on a long journey, distracting the driver.”