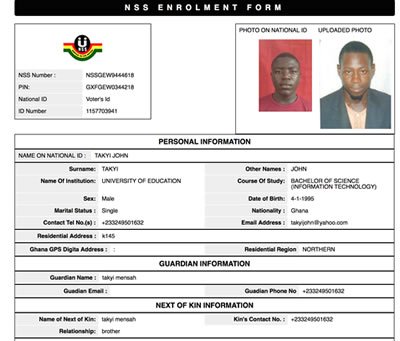 Investigations by Accra-based Joy News has revealed that index numbers of hundreds of teachers on study leave have been used by fraudsters to enrol onto the National Service Scheme.

The investigation also points to the Ghana National Association of Teachers on Campus as the possible source through which details of teachers on study leave were leaked to fraudulent persons to enrol on the national service scheme.

Joy News’ Manasseh Azure Awuni travelled to Kumasi to meet a group of students who have just completed the University of Education Winneba.

These are teachers who took study leave to continue their education and have been posted back to the classrooms.

They have not enrolled to do their national service, but some persons have used their names and index numbers to register and have been posted to different parts of the country for national service.

Evans Boakye Appiah teaches in the Bono Ahafo Region, but records indicate he has been posted to the Kpandai District Assembly in the Northern Region. 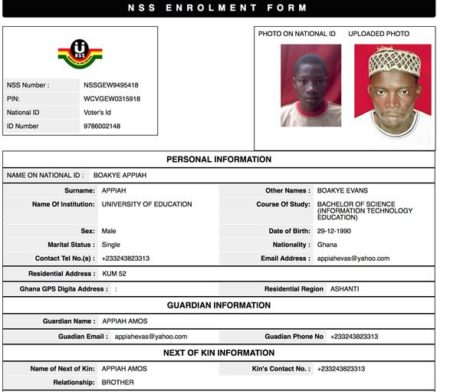 When Evans called the telephone number used to register, the person said his brother did it for him through a third party. They paid 550 cedis for the code to enable them register.

One after the other, we try to log on using the details of the other students and each one of them has been impersonated. The Executive Director of the National Service Scheme, Mustapha Yusif explains how the scheme gets the details of students for registration.

According to him, only three groups of people can compromise the NSS registration details of students – the educational institutions, the National Service Secretariat and the students themselves.

The students say their classmates who were not on study leave have not been impersonated, suggesting whoever used their index numbers to register might have known they were teachers on study leave.

Joy News investigative journalist Manasseh Azure also went to the Kumasi Campus of the University of Education to speak to the executives of the Ghana National Association of Teachers on Campus (GNATOC).

According to victims of impersonation, the association has more details of teachers on study leave than even the universities.

Even though the current and immediate past leaders have denied knowledge of how information of teachers leaked, the GNATOC Secretary for 2014/2015 academic year, Wisdom Kwasi Yirenkyi said while in office, two men came to him and promised to buy the details of teachers on study leave from the Kumasi Campus of UEW.

0 responses on "Teachers on Study Leave Impersonated at NSS"