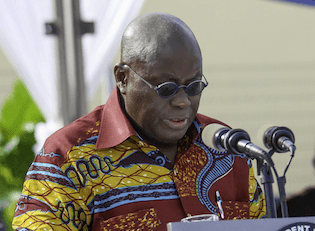 To strengthen and improve teaching and learning of Science, Engineering and Mathematics (STEM) from the basic level, President Akufo-Addo has given a directive to the Ministry of Education to draw up programmes aimed at achieving positive outcomes. This according to the president is part of educational reforms being undertaken by his government to promote science, technology and innovation in the country.

President Akufo-Addo made this known at the 20th convocation and graduation ceremonies of the All Nations University College in Koforidua. Reiterating his commitment to increasing the funding for research and development, the President noted that, in the short to medium term, one per cent of GDP will be devoted to that. He said, “Eventually, this will be raised to 2.5% of GDP in the long term. Research and Development funds will be made available for all research activities in both public and private educational and research institutions. It will take some time, but I am convinced that eventually, Ghana will reap the expected benefits of the policies that have been put in place to transform education.”

President Akufo-Addo congratulated the All Nations University College on its historic satellite launch earlier this year.

0 responses on "GOV'T TO STRENGTHEN TECH., MATHS AND ENGINEERING EDUCATION"