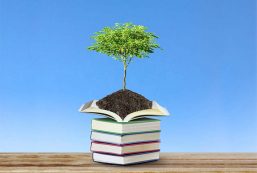 Ghana has been tagged as the gate way to Africa, however,Ghana gained her independence in the same year with colleagues like Malaysia but the country keeps languishing behind like a cripple in a hundred meter finals. According to some connoisseurs,this could be due to the wrong prioritization of our educational system, thus neglecting the backbone of every viable economy, vocational and technical education. In view of this, this article brings to light our contribution to the decline of vocational and technical education and how we could have benefited as a nation.

It is interesting to note that our best brains are rather underutilized in so called prestigious forms of higher education. The best students who are fortunate to make it to the senior high school levels are pushed to tertiary institutions where they make less use of their thinking faculty by following strict theories, cramming and reproducing already existing books and pamphlets in the name of passing examinations. These students whose academic faculties do not permit them to climb the academic calendar are pushed there. If students who have low thinking faculties are pushed to sectors where they are unable to use their brains effectively to create, how then can they make innovative products or even think of inventions. Meanwhile, our best brains are out in a recycled environment where they come out as graduates who can’t make any huge economic impact since they are not industrialized but rather theorized.

Another woe that befalls the vocational and technical sector of our educational diadem is the notion of “not prestigious “. Well, this is often perpetuated among the students and the media at large. One researcher observed that the media, students, and parents alike are responsible for this archaic induced slavery of thought. Through centuries, most governments have failed to give vocational and technical schools more attention; hence they prioritize the mainstream Senior High Schools by putting up more infrastructures and equipping them with well-furnished libraries. Unfortunately, this cannot be compared to the state of neglect that is deliberately meted out to them. Vocational schools and technical schools are not added or are seldom invited for programs such as the National Quiz. Yet, after ignoring them we expect them to come out with products that we have not invested in.

Furthermore, we treat vocational schools as being less important schools meant for the academically weak students. Since it is not one of the priorities of past and existing governments, these schools do not have an organized system of functional operation. The support system for these graduates is sometimes so inadequate that they do not make any huge impact in their society. Hence, there is the general perception that vocational and technical schools are not important for their graduates just like those from the higher educational institutions also struggle to stand on their feet or establish themselves after school. However, the system is so relaxed that we do not see the importance of these graduates, therefore it is a waste of time to be there.

For us to access better service and benefit as a nation from our vocational schools, our attitude towards vocational education must change else we will continue to see them through those myopic class of reasoning. We can further add more icing to the cake if we always appreciate the brain drained unknown heroes that have been vilified.

0 responses on "THE ALTERNATIVE EDUCATION."