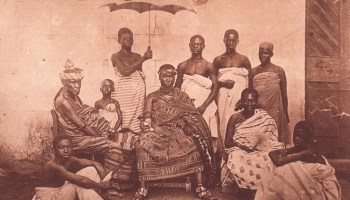 Today marks exactly one hundred and ninety-four (194) years since the battle of Dodowa (the Katamanso War) which occurred on August 7, 1826, between the Ashantes and the people of Accra; the Dangme people of Prampram, Ningo and Ada.

The Dodowa War brought to an end, the Ashante domination over many southern and coastal nations and contributed to the rise of British power and prestige on the coast.

Historians allege that the people of Accra had been part of an alliance of local chiefs who had aided the British, Denkyira and Fantis in resisting an Ashante advance on Cape Coast in July 1824.

The Asantehene at that time, Nana Osei Yaw Akoto, armed an army of forty thousand (40,000) men and vowed to punish the people of Accra for a crushing defeat, and “chase his enemies to the belly of the “kanfra”” (a small fish in the ocean) 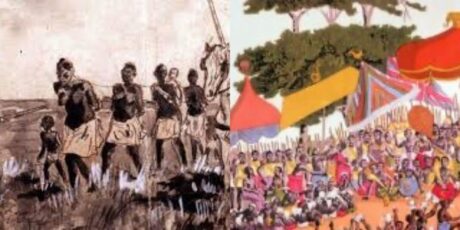 Historian Rev. Carl Christian Reindorf in his book, “The history of the Gold Coast and Asantes” provides an account of the war below:

“The combined forces of Prampram, Ningo, Ada and the riverside people just at the same time followed up the attack, and the position of the Asantes became critical. King Osei Yaw, realizing the danger, marched in defence with his bodyguard, stood upon the royal stool, and drew the war-sword waving it between heaven and earth, as kings usually do in the war, but the rebound was too strong, and he was wounded. There was a severe conflict between the king’s bodyguard and the forces under Opoku Fredefrede, in which the Asantes were beaten and greatly weakened; and on account of the defeat, the Asante General afterwards poisoned himself and died at Asafo. Dshani Afutu and Ante from Teshi are said to have shouted the religious war cry of ‘Awo awo awo!’ to which every warrior of the whole column responded as one man: “Awo, Agabai bereku tso!” A loud voice was heard in the enemy line, “Edom agu o! The Battle is lost”. Then all the baggage was hastily thrown on a heap as high as a mountain, and the Asante army took to flight, after fighting and holding their position for nine hours, from 6 a.m. — 3 p.m. Prisoners were made, and then the baggage and camp were taken”

After the war, trading activities resumed smoothly along the coastal lines without any invasions and the Gas and people of Ningo and Prampram also went on to form a strong bond and alliance. The name Accra also became famous and well-known among members of the warring tribes.