The New WHATSAPP Feature: All You Need To Know About It 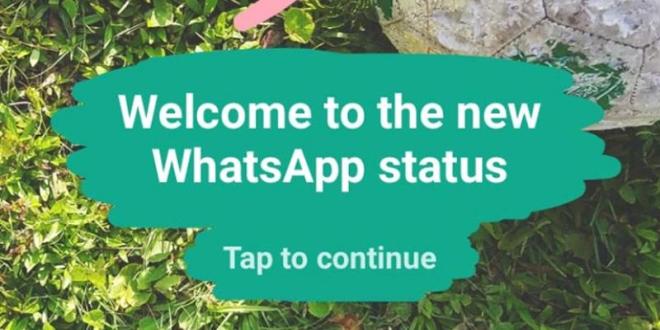 The New WHATSAPP feature: All You Need To Know About It

On Friday morning, people woke up to a new feature on WhatsApp. The contact option on the home page had been changed to ‘status’ and this got people asking what the feature was about. This feature allows users to upload pictures and videos as statuses taking the place of the simple text messages that were used as statuses. Uploaded videos and pictures disappear after 24 hours.

Young people have been terrified by this feature because a lot of parents are on WhatsApp! One of the terrified young people said he was afraid of using the WhatsApp status update because his whole family is on his contact list. Others just want their simple status back since they enjoy reading and ‘stealing’ people’s statuses sometimes. The idea of the new feature seems to have been borrowed from Snapchat which is being used widely so why the brouhaha when the concept is not entirely new? One user of Snapchat and WhatsApp said that Snapchat is popular amongst millennials and is used to showcase things ‘they’ can relate with contrary to that, WhatsApp is family oriented and certain things cannot be posted there.

With experience from Instagram and snapchat, users know it is not cheap to watch and post videos and this forms part of the negative reaction the feature is receiving. WhatsApp will now consume more data which means more money is to be spent on credit. Others too are just tired of the constant application updates.

Anyway, the feature is up now so let’s learn some few tips on how to use it efficiently.

But all is not gloomy for the ‘security conscious’ people or those who do not want everyone viewing their statuses. The feature comes with these applications:

It will take a while for users to get familiar with this feature especially with the comments being made about it. All the same, it has been introduced so use it and use well by observing some of the tips above or simply ignore the feature if you can.

0 responses on "The New WHATSAPP Feature: All You Need To Know About It"