THE ONE GHANA CEDI PER CHAPTER BRIBE 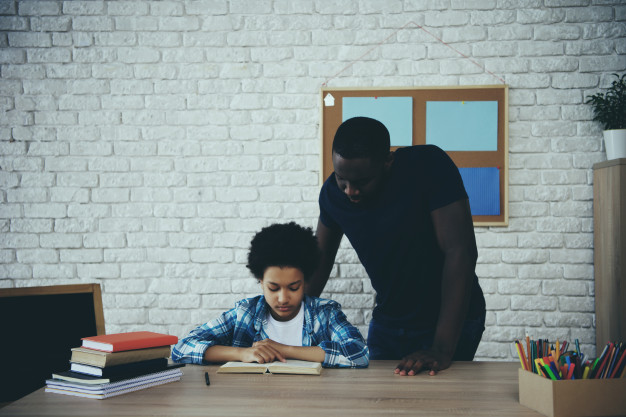 Getting my six year old to pick up reading as a habit was like moving the proverbial mountain. He would throw the biggest tantrum his tinny body could muster whenever he was asked to pick up a book to read. After school, the only activity he finds interesting is playing his Ps4  until nightfall. As a parent, I understand the importance of building a reading habit in a child.

Reading broadens a child perspective on the world, its events and people. It also creates in a child’s mind a vivid imagination about various cultures and practices that exist in the world. It also builds and improves vocabulary in children. I desired all of these and more for my child. It was imperative that I come up with a quick solution to get him to pick up reading.

I knew how he enjoyed shopping for new things such as games and clothes; instead of taking him to a game store on our next shopping spree, I took him to a book store at the mall. At first, he was sceptical and demanded to leave for a game store instead. I encouraged him to pick any book of his choice.

He reluctantly walked to comic section and selected two of his favourite comic books. Not exactly what I was looking for but it was as a small win for me. The following week I had a small shelve installed in his room so that he could properly store all his books.  The plan was to teach him the value and importance of books in a persons life.

On the next visit to the mall, we visited the book store again. He insisted on another comic book but this time I  told him to try a different genre but as usual, he refused.  I told him I will pay him 1 Ghana cedis for every chapter he reads and in addition, he must submit a book report.  Deal he screamed!

Oh no, I wasn’t going to stop there! It was time to build on the momentum. I also started a book club with him on weekends where  I mostly did the listening whiles he spoke on end about all the characters in the book he had read.

In no time he had built a little library of books for himself. I was shocked when he informed me he had decided to use his little earnings I had paid him to read to purchase more books for his library. I  was happy with the progress I had made in changing my sons’ attitude towards reading. It wasn’t easy but it was worth every one Ghana cedi bribe I paid!

Places and Things to do in Ghana
COVID-19: A FEW TIPS ON HOW TO WORK FROM HOME
YOUR CHILDREN ARE WATCHING, YES WE ARE WATCHING
MY FONDEST MEMORIES OF CHRISTMAS
Aluta Continua! Victoria Acerta!
AN INDIVIDUAL DOES NOT GET IT, A FAMILY DOES
Anthology of a Life Time of Dr.Leticia Obeng: Ghana's First Female Scientist
BLESSINGS OF COVID
He is Not a Man of Disorder; Say it Loud
It is not only the teacher's duty to ensure my child performs well

0 responses on "THE ONE GHANA CEDI PER CHAPTER BRIBE"