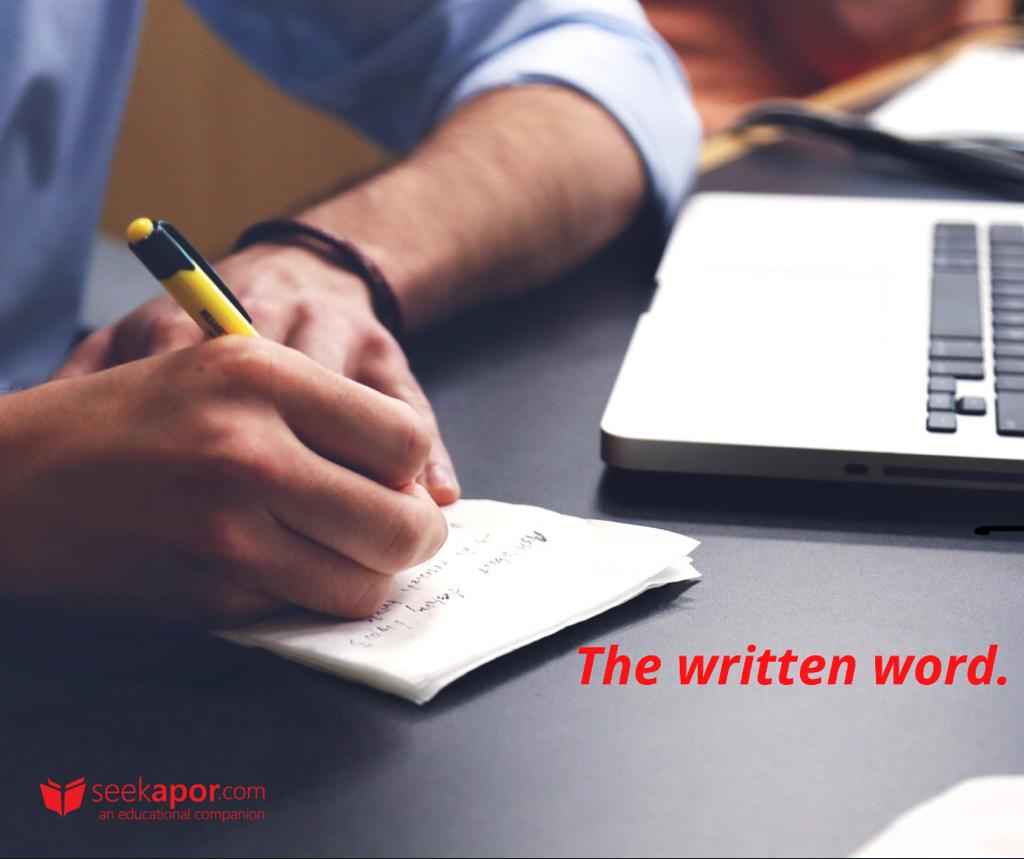 I recently read an article about people not writing well, and it went on to say “few speak English well and far fewer write well”, and I am thinking “hmmm maybe this is talking about me”.

Two of the most significant people in my life, one when I was a bit younger, and the other quite recently are authorities of sorts in English, and I suppose that must be the reason why my typos have been corrected. Growing up, speaking good English was a big thing in my neighbourhood, and I don’t mean the “slangs” we hear all over the place these days (woe betide you if you came back from a three week holiday with a drool).

So we are clear, the reference to speaking means normal conversation, not public speaking. Whilst writing refers to essays, reports, proposals and not short notes, texts and WhatsApp messages.

What triggered this article was a conversation with someone about an engineer friend of ours with degrees from the best universities in the world but a bit suspect when it came to his writing. It made me realise that there seems to be a gap between the spoken and the written word; however, most people do not seem to be aware that their written English is a bit behind how well they communicate.

More people are better at speaking than writing because we are talking more often than we write. Most people go through the majority of their writing day sending emails, and text messages made up of short messages, so they are becoming very good at abbreviations to get their message across.

In our formative years, the education system teaches us to read and write, but as we develop, the emphasis shifts from our writing not realising that writing is a tad more challenging to keep up because with writing there are rules. The exciting thing is unless you transcribe someone’s speech, you might miss a lot of the flaws, however, once you put on paper what is said, you can scrutinise all its faults and grammatical errors.

A friend of mine who writes very well tells me his father made him write an essay every Sunday about his week for years and he can’t thank him enough now. These days I am writing more often, and as they say, you get better at what you do regularly, so I continue to practice.

Hopefully, I will be able to to help out someone who wants to write a book about the adventures of their teenage years.

A Herculean Task Which Rewards
Writing Vesus Typing- The Best Secret to Learning in a Digital Era
How To Stop Your Sugar Cravings
8 Reasons You Should Try Palm-Nut Soup This Weekend
MONKEY BUSINESS
SEXUAL HARASSMENT; A MYTH?
NBSSI DISBURSES GH¢50M AS COVID-19 SUPPORT TO PRIVATE SCHOOLS
It's the Africa in me- Poem
Important Benefits of Physical Education
GLA Marks World Book Day in Central Region

0 responses on "The Written Word"