THURSDAY MOTIVATION: A YES ANSWER WILL EVENTUALLY COME ALONG 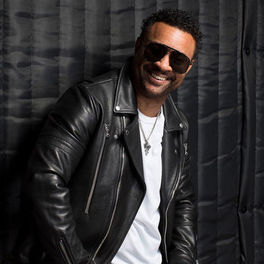 In 1999 popular dancehall artist, Orville Richard Burrell, known in showbiz as, Shaggy, recorded and sold over 10 million copies of his famous banger,  “It wasn’t me’. However, did you know the song almost didn’t see the light of day?

It is alleged that record label executives were not happy with the song when it was first recorded and had decided not to release it to the general public. Shaggy was distraught and was about to lose his entire career which had barely begun.

Record label executives told him the song was utter rubbish and no one would be interested in listening to such a song. Shaggy, however,  never gave up but continued to work on the song without the support of his label. He believed that this single song could propel his career to great heights.

This was during the time dancehall was not a mainstream genre for most record labels, thus dropping the song seemed like the right thing to do for label executives.

Along the line, a Hawaiian DJ stumbled on the song and decided to play it on the radio. Within days, the song was all over the place in Hawaii with people calling radio stations to request for the song. “It wasn’t me” went on to become Shaggy’s breakout song and is considered one of the biggest dancehall hits till date.

The lesson here is to never give up on the things you are passionate about but continue with hard work even amid stiff opposition. It is common to come across people who may not believe in your aspirations when you need them to believe.

Sometimes, all you need is a critic to fuel your dreams to fruition. A thousand ‘No’s’, may come but when a yes answer will finally come along.

We are almost at the end of the week; keep pushing hard until you get the result you desire.

THE “OUR DAY” PRESENT THAT NEVER GOT TO MY TEACHER
YOUR LIFE IS IN YOUR HANDS!
Development in Ghana
My Time At The University
Otimadjanator.
I Love to Write Day
You Think It Is a Crime to be OPINIONATED?
IN HONOUR OF UNCLE D AND HIS DISABILITY
HIGH SCHOOL TRENDS; ARE THEY REALLY WORTH IT?
I NEED ADVICE. HELP!!!

0 responses on "THURSDAY MOTIVATION: A YES ANSWER WILL EVENTUALLY COME ALONG"