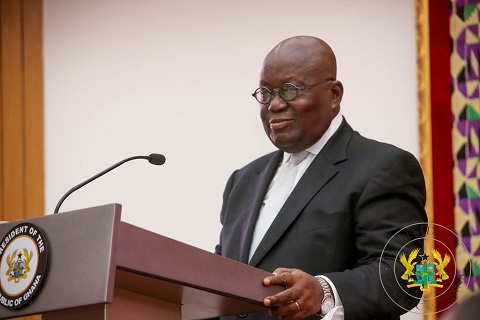 The Wa and Navrongo campuses of the University for Development Studies (UDS) will soon become autonomous universities. This was said by the President of the Republic of Ghana, Nana Addo Dankwa Akuffo-Addo.

He said the Bill for gazetting is currently in the office of the Attorney General, and once it is gazetted, it would be sent to Parliament for ratification for the two campuses of UDS to become autonomous.

“The Navrongo Campus will become an autonomous university, once the parliamentary processes are completed and it will be referred to as University of Technology and Applied Sciences. So, UDS Tamale will remain, thereafter, the exclusive property of the Northern Region”.

“The Wa campus of UDS will also be called the University of Business and Integrated Development Studies, once the bill is gazetted and sent to Parliament for ratification” he stated.

Speaking at the 25th-anniversary celebration and 19th congregation of UDS in Tamale last Saturday, President Akuffo-Addo expressed the government’s resolve to re-tool UDS to become a centre of excellence that would continue to churn out graduates with the requisite entrepreneurial skills to contribute significantly to national development.

He said government through the Ministry of Education is working around the clock to construct an ultra-modern and a multipurpose lecture hall and other initiatives for the University.

Congratulating successive Governing Councils, Vice Chancellors, Management, Teaching and non-teaching staff, the President noted that, “UDS is no longer the University of last resort, as may have been the case yesteryear, but is today one of the best tertiary institutions in the entire country”.

While urging the Vice Chancellor of UDS and Heads of other tertiary institutions to begin making adequate preparations to be able to absorb a large population of Free Senior High School students who would be seeking admission in the coming years, he assured of government’s commitment to initiate policies and programmes in the universities to enhance the capacities of graduates to contribute to the socio-economic transformation of the country.