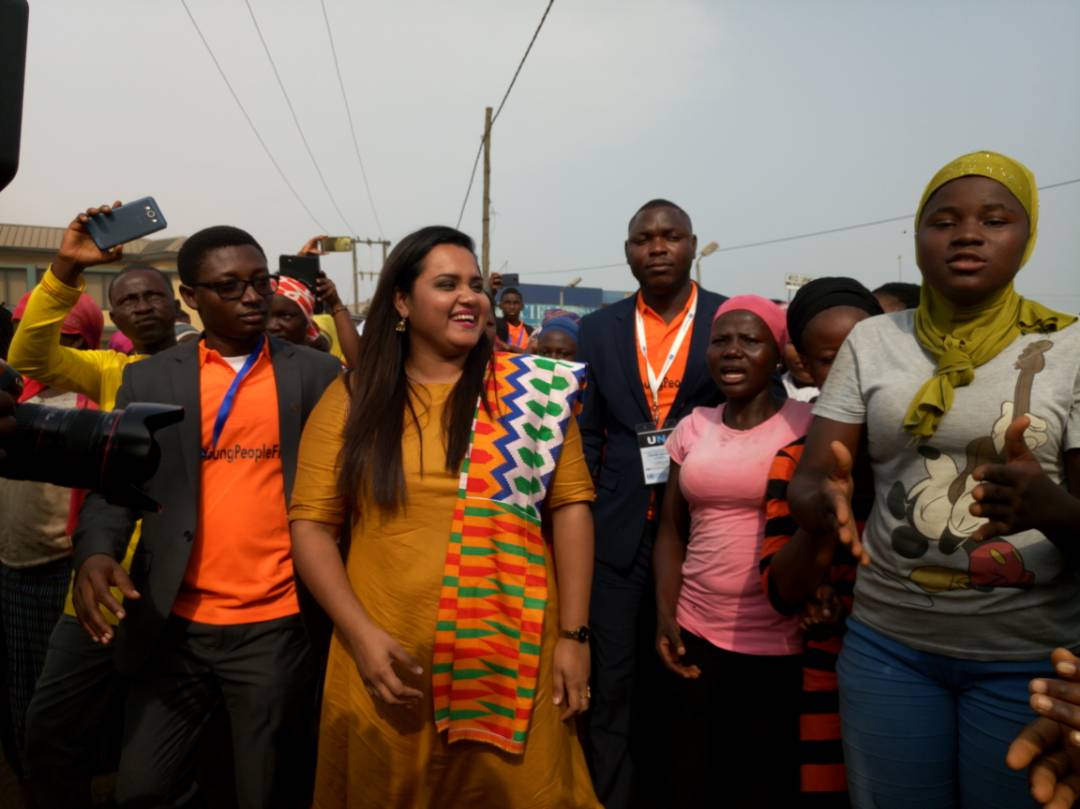 The UN Secretary General’s Special Envoy on Youth, Ms. Jayathma Wickramanayake has made a commitment to advocate for interventions to help secure the welfare of girls and young people across every platform. She made this commitment when she visited Ghana as part of a tour to five African countries.

The youth envoy who arrived on the morning of Wednesday 7 February was received by young people and some staff of the United Nations at the Kotoka International Airport in Accra. This was amidst excitement and exchange of pleasantries. 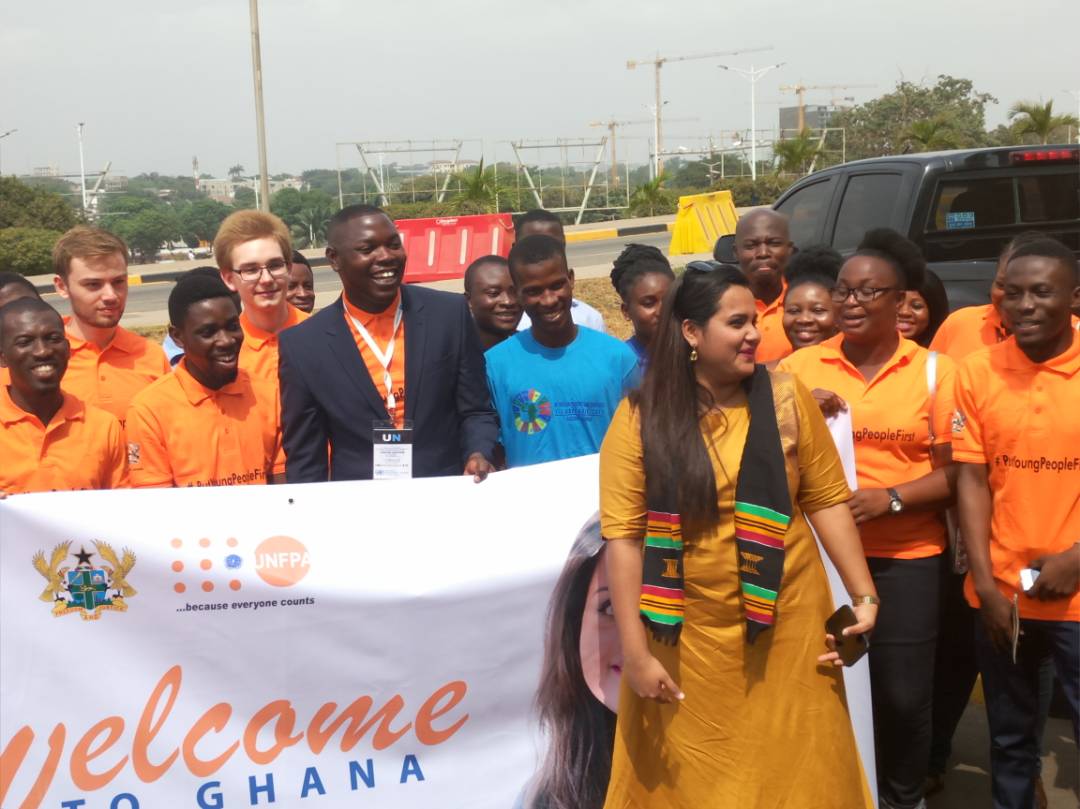 In a visit to the Youth and Sports Ministry, Minister for Youth and Sports, Isaac Kwame Asiamah welcomed the youth envoy and her team to the country and said the youth are at the apex of the government’s priorities. Addressing the envoy and the young Ghanaians who were present, Honorable Asiamah said Ghana has a youthful population with young people constituting a huge part of the country’s economically active workforce.

This raises the need for the youth to be educated and empowered in various ways. He said the free Senior High School policy is one of the government’s key interventions to ensure equal access to education.

On the high unemployment rate in the country, the Minister said the government is working hard to address the problem of unemployment. He also revealed that the government is building ten multipurpose youth centers which will have IT, counseling and sports centres among others in all ten regions of Ghana.

The youth envoy on her part, thanked Ghanaians for the hospitality, citing it as an indication of the country’s readiness to embrace and work with young people. 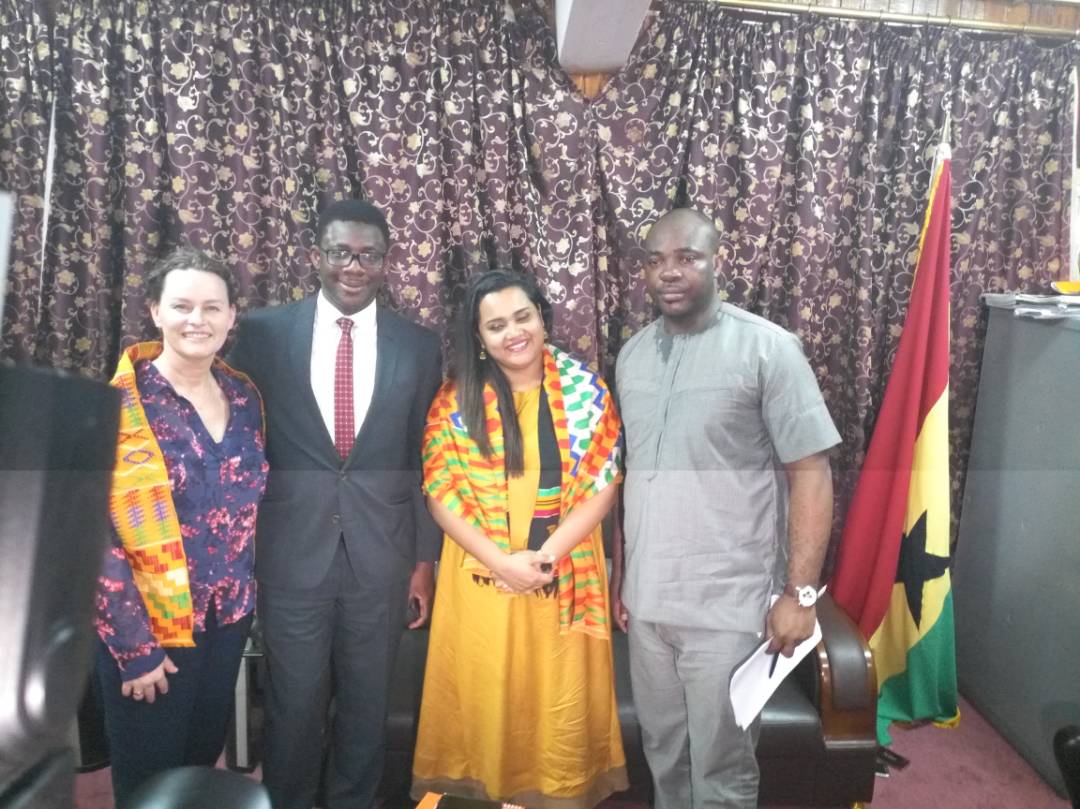 The next stop was the Agblogbloshie market, where the team received a rousing welcome from the Kayayi (head porters) amidst drumming and dancing. 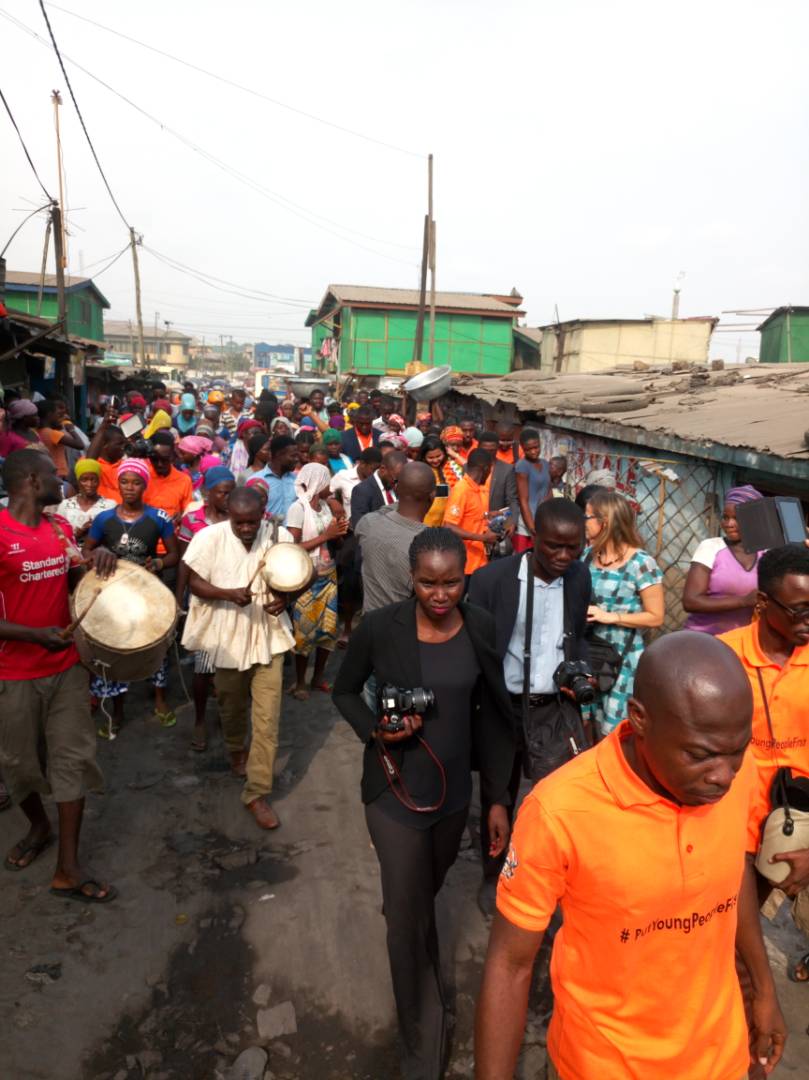 Right in the middle of the market is Future Friends Academy, a school for children whose parents are engaged in the Kayaye business and cannot afford to take them along when they are out to carry loads.

Kubura, who used to be a head porter herself, is one of the volunteer teachers at the school who spends time teaching the kids. Kubura came to Accra after Senior High School and worked as a kayaye, before she got sponsored to enroll at the Nursery Teachers Training Center. Today, she teaches at the school where her friends leaves their children before setting off to work.

Ms. Jayathma who was touched by the story of the school, commended the teachers for their good work. She emphasized the need to prioritize education and encouraged them to commit to their quest in helping prepare the children for a brighter future. 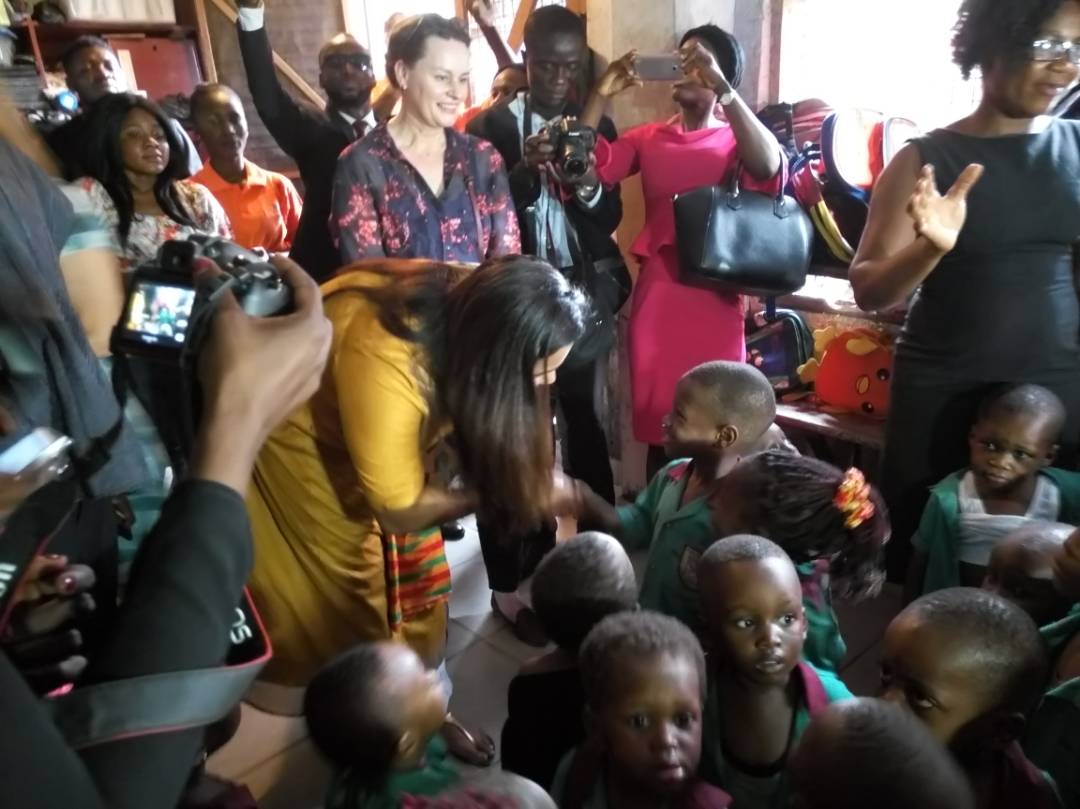 Ms. Jayathma interacting with some of the school children

At a durber with head porters, a young girl called Jenifer who used to be a kayaye, and now a peer educator gave the welcome address. She showed appreciation to the United Nations Populations Fund (UNFPA) for the skills training and reproductive health information. She appealed to the youth envoy to represent them at the global level and highlight the issues confronting vulnerable women and girls in Ghana including the kayaye.

The young peer educators who have stopped working as kayaye, now make beads, lotions and other products due to the skills training they acquired from the UNFPA. They gave Ms. Jayathma a necklace made from beads as a present. 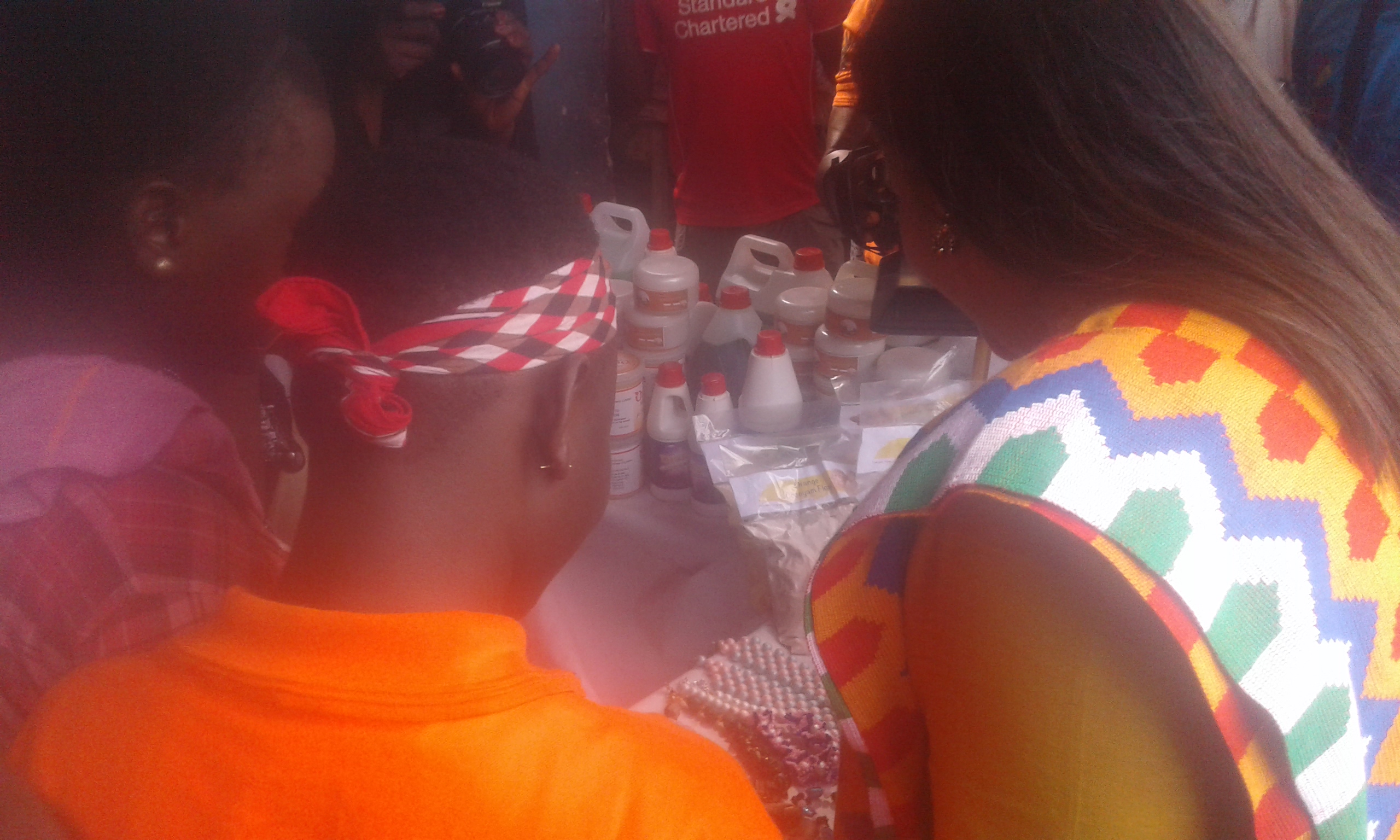 Peer Educators showing the youth envoy some of their products

The packed day ended with an evening event where young people including youth groups and students were present. Also in attendance were some officials from the National Youth Authority, UNFPA and the Canadian High Commission.

Chief Executive Officer of the National Youth Authority (NYA) Mr. Emmanuel Sin -Nyet Asigri said government is working on programs targeted at youth development. He added that the Digital Marketing Program will employ about 3,000 young people in the country.

Canadian High Commissioner in Ghana, H.E. Heather Cameron said Canada values the potential of young people and believes that women, girls and young people must be included in decision-making processes. She added that young people should be given equal opportunities irrespective of their gender, age or background. She advised the youth to be confident in their potential.

Five young people including Edith, Esiman, Richard and Joseph made insightful presentations on health, governance, the environment and unemployment. This preceded discussions and submissions on the topics, prominent of which was on unemployment.

The evening was crowned with interactions between participants and dignitaries.