Unemployment Can be Addressed Through TVET 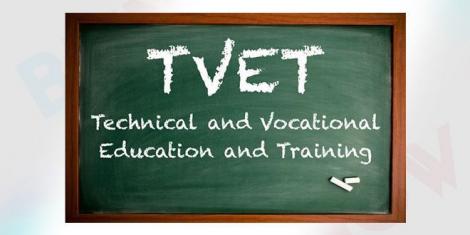 Encouraging the need to uplift the quality of Technical and Vocational Education and Training (TVET), the Minister of Employment and Labour Relations, Mr Ignatius Baffour-Awuah, said it would be a positive step to address the unemployment situation in the country.

He said for instance, research had shown that if 100 people were trained in TVET, about 64 per cent of them set up jobs for themselves and did not rely on anybody for employment.

Mr Baffour-Awuah said this at a meeting in Accra organised by the National Vocational Training Institute (NVTI) for stakeholders from the TVET sector including the Ghana Employers Association.

“Indeed, apart from making sure that industry gets the needed skills, if we really want to find solution to this huge issue of unemployment on our hands then I think that the best way to go would be TVET. So with TVET we would be answering the question about unemployment as well as meeting the needs of industry,” he said.

The meeting was, among other things, aimed at providing the platform for the stakeholders to dialogue on how to improve TVET education in the country.

TVET, Mr Baffour-Awuah said, was key to the government’s development agenda, and that was why it had decided to give grammar education and TVET equal attention.

“It is my dream that a day would come that we would have a 50-50 situation in the country, where we would have equal numbers of persons undertaking grammar education and TVET,” he said, adding that stakeholders should, therefore, deliberate more on how to improve the TVET sector.”

He said players of the TVET sector should not only look at the formal education aspect of it but the informal sector as well.

That, he said, they could do through apprenticeship training for persons in the informal sector to benefit by adding on to their skills.

“The informal sector of TVET is often relegated to the background.

It is good the government is giving emphasis to TVET but we should not only look at the formal part of TVET; that is the education-based training.

We should go beyond that to give people the opportunity to add on to their skills,” he pointed out.

The Executive Director of NVTI, Mrs Mawusi Nudekor Awity, said the meeting with the minister was probably going to be the last in view of the government’s decision to realign TVET institutions, which would put NVTI under the Ministry of Education.

The meeting, she said, was to brainstorm improving TVET since the President was very much interested in it.

0 responses on "Unemployment Can be Addressed Through TVET"