University of Professional Studies, Accra (UPSA) to be renamed 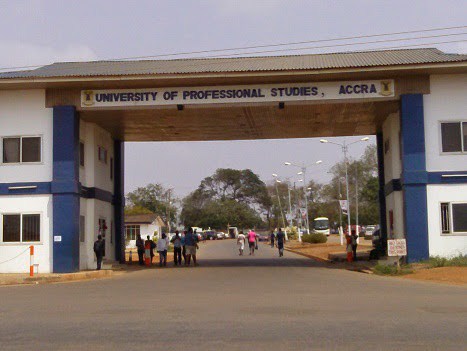 The Council of the University for Professional Studies, Accra (UPSA) has taken a decision to rename the university after its Founder and first Director, Nana J.K. Opoku-Ampomah. This was revealed by President Akufo-Addo when he addressed a special congregation of the UPSA to confer honorary doctorate degrees on two distinguished personalities for their distinct achievements in academia and sports.

The president said the decision to rename the university by the UPSA Council has received Presidential Consent when Parliament approves the resolution, the university will be known and called the Opoku-Ampomah University of Professional Studies.

“It is a most excellent decision, which has received the approval of the President of the Republic,” he said.

Nana J.K. Opoku Ampomah was conferred with a Doctorate of Business, Honorary Causa, for his contribution to improving education in the country.

Mr Hamad Hamad, the President of the Confederation of African Football (CAF) and Fifa Vice President, was also conferred with a Doctorate of Law, Honorary Causa, for his contribution to improving football in Africa.

President Akufo-Addo said from relatively small beginnings in 1967, the UPSA has become one of the progressive public universities in Ghana offering tertiary and professional education qualification.

He said the UPSA, as a result of the outstanding and commendable work done by Nana Opoku-Ampomah, and successive leadership of the school has over the years, gained the reputation as the oldest human resource development institution in professional accountancy and management, with many of its products in leadership positions within and outside the country.

“With an extraordinary history and a huge potential for growth, the UPSA has laid a solid foundation and is building the systems for a unique academic and professional profile quite distinct from the requirements of a purely academic or professional institution,” he said.

President Akufo-Addo said his administration is committed to ensuring that the youth of Ghana gain access not only to senior high school education but also to tertiary education, to equip them with the requisite skills for national development.

Noting the challenges of successive governments in funding tertiary education, particularly at the graduate level, the President announced that the Government is establishing a research fund for the sole purpose of financing relevant and specific research works in the institutions of higher learning.

He added that the Government will continue to support tertiary institution-industry collaborative programmes to increase opportunities for practical training and internship.

3 responses on "University of Professional Studies, Accra (UPSA) to be renamed"