Visas of 71 Students Attending UN Confab Revoked by US Embassy 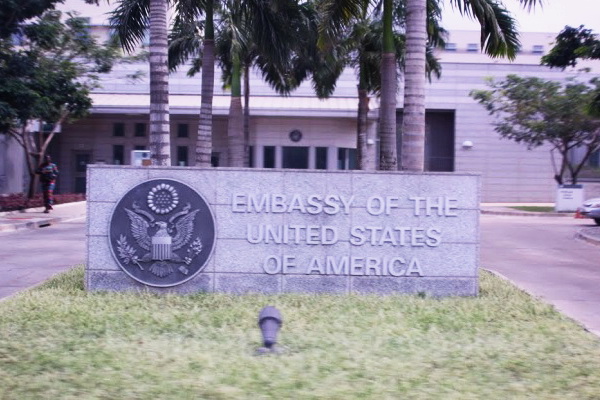 Seventy-one students who paid various sums of money to secure visas and other travel documents to participate in a model United Nations Conference in New York had their dreams dashed at the last hour when the United States Embassy in Ghana revoked their visas.

The Embassy, it is believed, suspects that the organizers of the conference, United Ambassadors, are not genuine.

The students, some of whom were turned away at the Kotoka International Airport (KIA) and London’s Heathrow Airport, paid a total of $17,750 ($250 each) as delegates fee to United Ambassadors, the supposed facilitators of the conference, and GH¢53,818 (GH¢758 each) as visa fees to the US Embassy.

One of the students who was scheduled to travel by direct flight from Accra to New York on Delta Airlines bought a ticket at $2,300, while, together with seven others, he spent $2,100 on Airbnb Apartment in New York.

Two students who were scheduled to fly out on August 5, 2018, were turned away by Delta Airlines at the check-in counter at the KIA.

A third student who traveled on British Airways on transit through Heathrow Airport in London was also prevented from connecting to New York for the same reason.

Excerpts of an email the students received from the Consular Section of the US Embassy read: “Dear Applicant: You recently appeared at the US Embassy in Accra for a non-immigrant visa because you were attending the Model UN Conference in New York. This message is to alert you that the non-immigrant visa you received is no longer valid. You must not attempt to travel to the US with this visa. You will be denied boarding at the airport or you will be turned away at the US port of entry.

“If you still wish to travel to the US, you are REQUIRED to appear for a second interview at the US Embassy in Accra. At this second interview, you must bring all of your ORIGINAL Model UN Conference documentation that reflects this programme and your participation in it, such as brochures, letters, pamphlets, programs, guidebooks, welcome packets, or any other materials you have. Again, you MUST NOT travel to the US with the visa that you received. Your visa is no longer valid for travel.”

Meanwhile, when contacted, a representative of the US Embassy, Ms. Zenab Mahama, told the Daily Graphic that the mission “does not discuss details of individuals’ visas”.

But one of the affected students, who spoke to the Daily Graphic on condition of anonymity, said the US Embassy had been unfair to them.

Going into the details, he said the students had a WhatsApp platform on which one of them sent the link of the conference and asked if the others were interested.

Those who showed interest created accounts on the website of United Ambassadors and applied to attend the conference.

They were then asked to write a motivational letter as to why they wanted to participate in the conference and it was accepted.

The group then applied for visas and eight out of 12 students were issued the visas on July 23, 2018.

The source said on a different date, they submitted the itinerary of the conference, as well as a letter from the university, but they were told during the interview that they had been scammed.

“We were told that they made some calls to the UN and that those who sent the emails supposedly from the UN did not exist and that we had been scammed,” it said.

Bombarded with emails from the students seeking an explanation for their plight, United Ambassadors lay the blame at the doorstep of the US Embassy.

The Founder and Academic Director of United Ambassadors, Mr Nabila Elassar, who responded to the emails, while touting the credibility of the organization, insisted that the United Ambassadors had no control over visa issuance.

But as the students asked more questions, the tone of the responses from United Ambassadors got harsher.

Emails to the United Nations offices in New York to authenticate the existence of United Ambassadors had not been responded to as of the time of going to press.

However, a senior UN official the Daily Graphic contacted said: “The United Nations (in New York) would (usually) never require or demand payment for conference or meeting participation.

“A website may appear genuine but be fraudulent. We’ll need to ask the Ghanaian participants how they got involved in this in the first place. Did other Ghanaians participate in previous years? This requires further digging and probing.”

The official further stated that such information should be verified from the offices of the United Nations Development Programme (UNDP) or the UN System in Ghana, adding: “Something doesn’t add up and I smell a scam.”