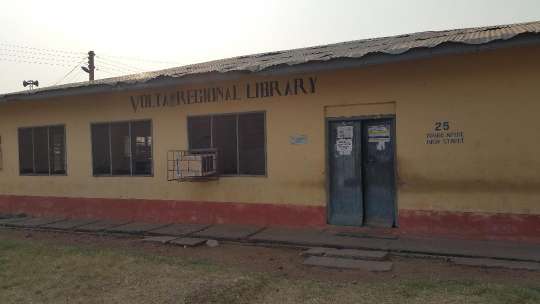 An eviction notice has been sent to the Volta Regional Library by the Bankoe Evangelical Presbyterian Junior High School in Ho, whose Home Science Department is hosting the Regional Library.

Mr Guy Amarteifio, Volta Regional Librarian told the Ghana News Agency (GNA) that authorities of the Bankoe E.P. Church and the Basic School had met with management of the Library severally to take the facility back for use by the School.

He described the situation as “pathetic” as the Library Authority was preparing to celebrate 2019 as the year of reading with activities to reach more readers.

“…We are unable to serve a chunk of the society because of the current state of our library and if we are sacked from this place too, then we do not know where to go,” Mr Amarteifio lamented.

The Bankoe E.P. Basic School in 2003 gave its Home Science Department to the Regional Library for temporary use after the old library building was demolished to make way for an ultra-modern library facility for the Region.

The new library project, which started in 2003 is said to be 85 per cent complete but under lock by the contractor who allegedly kept the keys because his certificates were not honoured.

Though, yet to be completed, checks by GNA indicated that portions of the edifice, which had been abandoned since 2016 has parts of its roof leaking with some broken floor tiles.

Meanwhile some clients of the Regional Library complained about the discomfort they faced in the makeshift library, which is near a public toilet and a rubbish dump.

They also lamented about the limited space in the library room and lack of furniture.