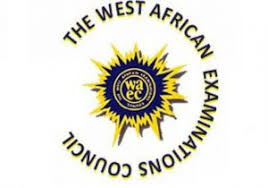 For distinguishing themselves in the 2018 West African Senior School Certificate Examination (WASSCE), some students have been presented with cash prizes by the West African Examination Council (WAEC) at a ceremony in Accra.

Ms Opoku also took the Award for the Best Student in General Science.

The students’ respective schools were presented with plaques.

Criteria for selecting the best candidates were that the candidates must obtain Grade A1 in a minimum of eight subjects.

Candidates who met the requirement were considered for the awards at the national level and they also joined other member countries – The Gambia, Liberia, Nigeria and Sierra Leone – to compete for the international awards.

Two of the students have made Ghana proud by placing second and third at the International level.

Five students excelled out of the 316,980 candidates in Ghana from 946 schools who took part in the WASSCE.

Dr Yaw Osei Adutwum, the Deputy Minister of Education in charge of Basic and Secondary Education, and Member of Parliament for Bosumtwi Constituency, was elated that since the inception of WAEC’s Awards, 53 per cent of the awardees were women and he challenged candidates from Ghana to sweep more awards.

He appealed to students to not to cut corners but strive to learn hard adding that that was why government was investing in education by creating the right environment to learn.

Dr Adutwum appealed to all heads of schools to be vigilant and desist from conniving with students to cheat in examinations.

He further urged teachers in Mathematics, English Language and Integrated Science to adopt new strategies to arrest the disappointing performances in those subjects.

Dr Adutwum entreated students to build interest in other related subjects so they could become all rounded persons in future to better understand the world.

“Do not rest on your laurels. Opportunities are there for you. If you excel don’t forget to serve your country.”

Professor Kwesi Opoku-Amankwah, the Director General of the Ghana Education Service, said the Service would introduce the school ranking for 2019 and the best schools would be awarded.

He said the first 10 best schools would be recognized adding; “We want to encourage these schools to excel.”

Ms Opoku, on behalf of the awardees, pledged to work hard in their respective endeavours.  w