What a ‘pressure-induced-marriage’ cost me 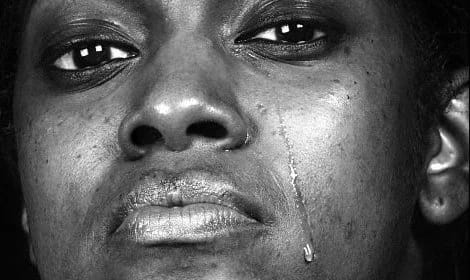 Today, the world is far beyond my reach and I am entrapped within the fore walls of a caged abode. An abode I must learn to embrace for many years to come. Yesterday, I was a freewoman; today, I am a caged being. The complexities of life never seize to amaze me.  I still haven’t come to terms with the fact that a year ago tasted sweet but a year after tastes sour. Today, I woke up to a new day, a day that would have marked three years into my marriage to Hamid.

Hamid and I tied the knot a year after we met at a mutual friend’s house warming party. Ours was a marriage of compromise and one of an obligatory act as I agreed to marry him because I was approaching the dreaded thirty and I could no longer take those derogatory interrogations and comments from all angles:  “when are you getting married?”; “when will we be attending the wedding?”; “when will we get to meet our husband?”; “all your friends are married…”, “you are Mrs…?” “Your friends are married with kids…”, and all the plethora of advice that came from family and friends who thought I was approaching the dreaded thirty and should be married. I knew they meant well for me but as for me, I just wasn’t ready to let go off my dreams at that moment of my life. I was twenty-eight and a social climber who would do all it takes within her means to see herself achieve her life desires regardless of any obstacle that came her way.

On the day of our marriage ceremony, all were joyful especially my family as they had waited impatiently for this day. They danced their hearts out and made merry all day. I saw the look on Mama’s face: one of contentment and fulfilment. At last, her baby is married! She can now sit in the midst of her friends and boast of her daughter, who is married. But I, the reason for which they were gathered and were all happy, looked on, dispassionately. Though with a façade of smiles, I was full of anxiety and doubt of the unknown future that awaited me as a wife and hopefully a mother. My fears did not emanate from the idea that I was married to an irresponsible man. Hamid was a gentleman, caring and hardworking, who through our courting days was always there for me. Just that I wasn’t ready; marriage wasn’t my thing then; I wanted to accomplish a lot and enjoy life to the fullest before I finally give way to be imprisoned by marriage, should I come across a man of my dream. All these I nursed within me as I cast disinterested glances at the guests seated.

Though I had my reservations about my marriage, life after the marriage ceremony wasn’t all that bad. Hamid was always the gentleman that he had always been. A year into our marriage, we welcomed our bundle of joy, Zainab. She brought so much joy into our lives much more than I ever thought there will be. Every glimpse of her makes me realise the joy behind motherhood; the idea of a being carved out of you and watching it survive each day with strength. I continued to enjoy the happiness that blossom in my marriage until the day a long-time friend, Saada, paid me a visit.

Saada and I, back in school, were always in a competition with regard to academic and life goals: to be successful. Throughout our academic life, we continued to exchange batons for the top position when it came to the order of merit. Her presence in my home on that day was quite refreshing as memories were recalled and dreams rekindled. Saada, five years after we parted ways, had done well for herself: she owned a multinational company and was up there dining and wining with the crème de la crème of the business world. Here I was with my dreams relegated to the background. Saada’s presence rekindled my passion for my dreams and I anticipated the edge for change in my life.

As time went by, my fears begun to materialize: the happy and serene situation in our home begun to wear off, which paved way for agitation and anger. I was the problem: my commitment to my dream came calling at me again. This time, it was an ardent call; my desire welled up so passionately; I couldn’t resist. I became so adamant that I relegated my duties as a mother and wife and clung to my career. I enrolled in an evening class master’s programme as I have always wanted to. I became nonchalant to my duties as a wife: wasn’t always home to render what was expected of me as a wife to my husband. I could not part ways with my commitment to my dreams having reconnected with it. As time went by, Hamid’s attitude metamorphosed from that gentleman to a nagging and rude husband. No day passed by without my husband and I being at each other’s neck.

One day, I returned home very late from one of my classes. As a result, I couldn’t prepare dinner for my husband. On my arrival, Hamid was so enraged that we ensued in a heated argument, which ended up in a serious fight. My temper failed me and I angrily hit Hamid on the head with the bed lamp. Instantly, he fell flat on the floor. I came to my senses and I realized the harm I have caused. In shock, I quickly held him but his body was motionless: he was unconscious. He was quickly rushed to the hospital. The journey to the hospital through to waiting for him to be attended to at the theatre was a very long one. The brutality of my action dawned on me when the doctor announced the death of Hamid. I was so dumbfounded: Who do I tell my story? How do I tell it? And who would want to listen to this heinous act? I had to face the music: a life sentence.

It is a year since Hamid exited this world with a gruesome pass I handed him so brutally. Today I look back into the past with pain and regret; the future, with apprehension. The former not because it was all that bad, but I soiled the good times with my unwise decisions due to the fear of societal prejudice of being a single woman. Today, these same people point out accusing fingers at me. Maybe I should have stood my ground for what I wanted. I could have avoided all these. I could have saved a life. Now because I fear for my daughter, Zainab, who is out there at the mercy of the devouring jaw of the world which I couldn’t survive, and now will have to grow up being taunted with the story of how her mother murdered her father. This is heart wrenching. It breaks my heart.

0 responses on "What a 'pressure-induced-marriage' cost me"