WHATSAPP WILL NO LONGER BE AVAILABLE FOR SOME iPHONES AND ANDROID PHONES. 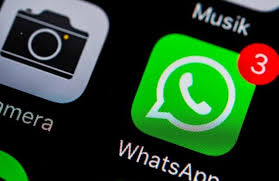 From the month of February, Whatsapp will no longer work on older versions of iPhones and Android phones running old operative systems. The mass purge will affect Apple iOS 8 or earlier versions and devices using Google Android 2.3.7 Gingerbread or prior versions.

According to forbes.com, the number of users impacted by this move runs into millions.

People who still own the iPhone 4s or lower versions and old android phones dating back to 2011 will be largely affected by this update.

The implication of this update for such users is that WhatsApp will no longer be compatible with their phones.

Although this was announced in 2017, according to Whatsapp the move is intended to help strengthen security for users on the platform

A statement on their blog justifying the move said, “Because we no longer actively develop for these operating systems, some features might stop functioning at any time. For the best experience, we recommend you use the latest version of iOS or Android available for your phone.”

To remain secured on the platform, users with higher versions of IOS and Andriod are advised to update their device, whenever the latest version becomes available otherwise they could be affected too.

0 responses on "WHATSAPP WILL NO LONGER BE AVAILABLE FOR SOME iPHONES AND ANDROID PHONES."